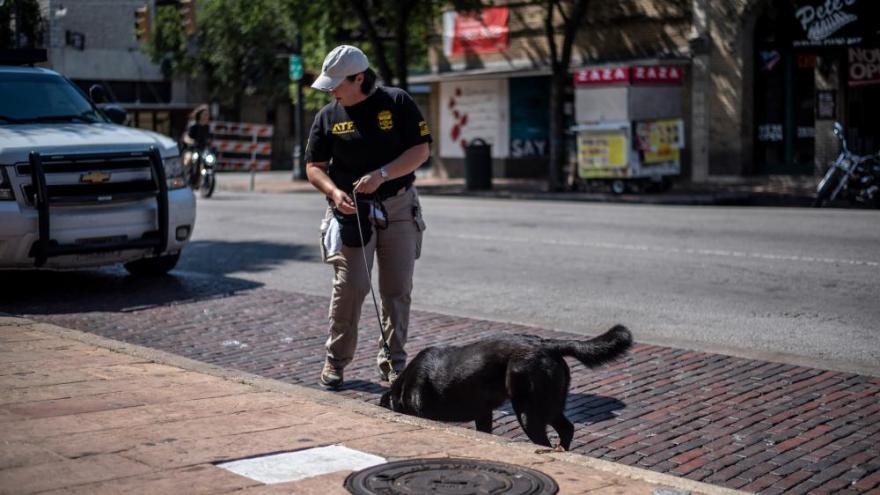 An officer surveys the scene of a shooting on June 12, 2021, in Austin, Texas. More than two-thirds of the country's 40 most populous cities saw more homicides last year than in 2020, according to a CNN analysis of police department data.

(CNN) -- More than two-thirds of the country's 40 most populous cities saw more homicides last year than in 2020, according to a CNN analysis of police department data.

Ten of those cities recorded more homicides in 2021 than any other year on record. Those are Philadelphia; Austin, Texas; Columbus, Ohio; Indianapolis; Portland, Oregon; Memphis, Tennessee; Louisville, Kentucky; Milwaukee; Albuquerque, New Mexico; and Tucson, Arizona. Minneapolis tied its previous record number of homicides, with 97 in the years 1997 and 2021.

Many cities have seen homicides reach near-record highs in the past year. Chicago police investigated 797 last year, the most since 1996. But more than 800 homicides happened within the city when including expressway shootings, which are investigated by a different agency.

Homicides were also up by 12% in Los Angeles from 2020 and 4% in New York. Several cities didn't respond to CNN requests for data; the number of cities reporting year-over-year increases may grow.

Homicides spiked in 2020 following the murder of George Floyd by a Minneapolis police officer and subsequent unrest in cities across the country. For many cities, the elevated rates of homicide continued into 2021.

The rise in homicides -- mostly by gun -- happened all across the country. Thomas Abt, a senior fellow at the Council on Criminal Justice, attributed the spike to three major factors: the impact of Covid-19 on communities and first responders; fallout of social unrest after Floyd's murder; and the surge in gun sales since the pandemic started.

These increases are not isolated to any region. One-year increases don't always portend a significant spike in crime. But almost every major US city saw more homicides in both 2020 and 2021 than in 2019. Homicides rose sharply in the summer of 2020 and have remained at high levels since.

According to the 2020 Uniform Crime Report from the FBI, homicides rose 30% from 2019 to 2020, the largest single-year increase the agency has recorded since it began tracking these crimes in the 1960s.

"The pandemic, like community gun violence, concentrates among the poorest and most disenfranchised people," Abt told CNN in December. "So those communities are doubly impacted, not only by Covid-19, but by gun violence."

At the same time, the institutions that are responsible for responding to violence, including police and community organizations, were also under stress, Abt added, calling it a "perfect storm."

While experts say the reasons for the rise in homicides are varied, murders are increasingly carried out with guns. The increase in gun violence was underscored in the 2020 UCR Report, which stated that about 77% of reported murders in 2020 were committed with a gun, up from 74% in 2019. There is no federal database of gun sales, but other independent surveys have found that gun sales have soared during the Covid-19 pandemic.

According to the FBI report summarizing 2020 crime, the number of homicides that year began to escalate during the summer months, peaking in June and July and remaining at high levels. Capturing a full picture of homicide in the United States is nearly impossible. The UCR report is the most comprehensive data set available, but participation by law enforcement agencies is voluntary.

About 85% of the country's more than 18,000 agencies submitted their 2020 crime data to the FBI. The 2021 UCR report will likely not publish until late this year.