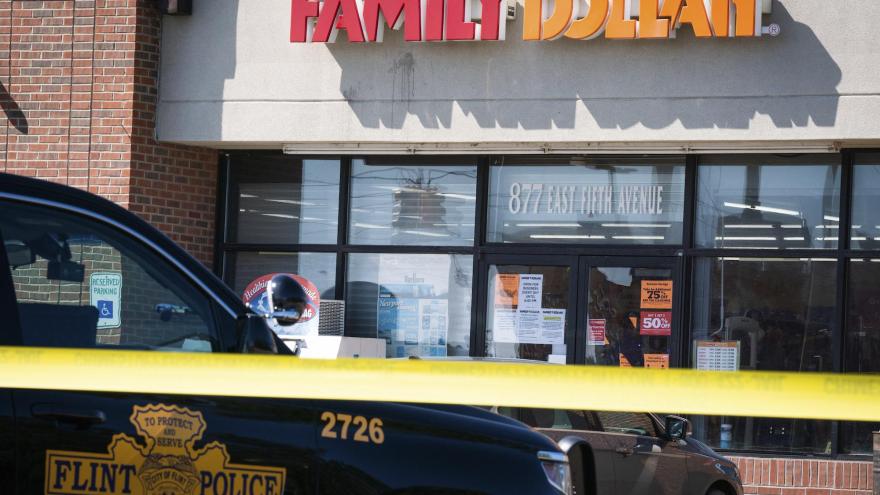 (CNN) -- Three family members who were charged with murder in the shooting death of a Family Dollar security guard in Flint, Michigan, in May 2020 have been sentenced to life in prison, court records show.

The security guard, Calvin Munerlyn, was shot after telling a customer she needed to wear a mask in the store, prosecutors have said. The altercation occurred when retail employees and customers were required by a state-wide executive order to wear masks to prevent the spread of Covid-19.

Sharmel, 47, and Larry Teague, 47, are married, and Bishop, 26, is Sharmel's son, according to the Genesee County Prosecutor's Office.

A jury sentenced each of them to life in prison on the murder charge and two years in prison on the firearms charge, according to the sentencing document filed in Genesee County circuit court.

Munerlyn got into an argument with Sharmel Teague after telling her daughter she needed to wear a mask in the store, police have said, citing surveillance footage.

Though her daughter left the store, Sharmel Teague began yelling at the security guard "who then told her to leave the store and instructed a cashier not to serve her," prosecutors said in 2020.

Bishop then shot Munerlyn in the head, prosecutors said, and the security guard later died at a hospital.

An attorney for Larry Teague had no comment on the sentencing when reached by CNN. CNN has also reached out to attorneys for Sharmel Teague and Bishop but has not heard back.

Sharmel Teague's daughter, Brya Bishop, was charged with tampering with evidence, lying to police investigating a violent crime and being an accessory after the fact to a felony, prosecutors said. She was sentenced in November to serve probation, state correction records show.