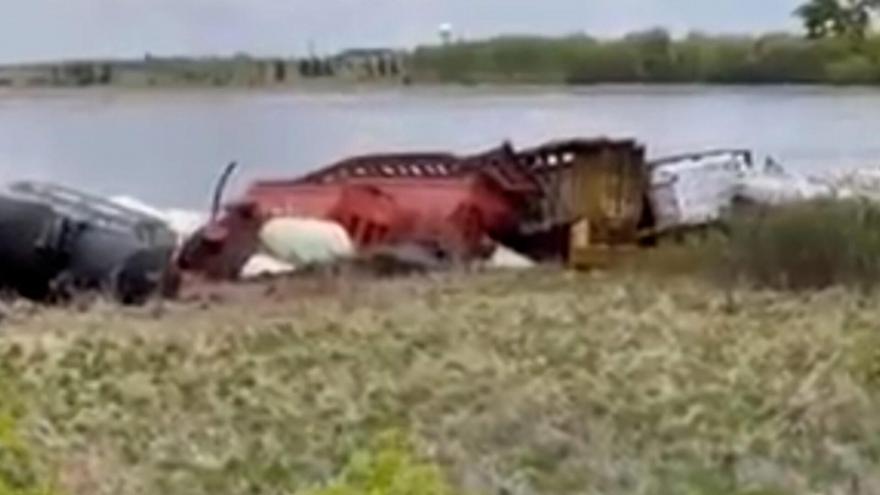 Part of a derailed train in Albert Lea, Minnesota, is seen in this still image taken from footage from the local police department.

No injuries have been reported among the crew, according to the rail operator.

The 50-car train was traveling by Goose Lake when the accident happened, per the Albert Lea Police Department, about 10 miles north of the state border with Iowa. Albert Lea is about 100 miles south of Minneapolis.

"The train was carrying mixed commodities. We're still working to identify what is in the derailed cars," Union Pacific said. The cause of the accident is under investigation.

A hazardous materials crew was brought in from Rochester as a precaution, and people living near the accident site were advised to remain indoors, according to police.