A 550-million-year-old worm was one of the first animals to move and make decisions, a new study says 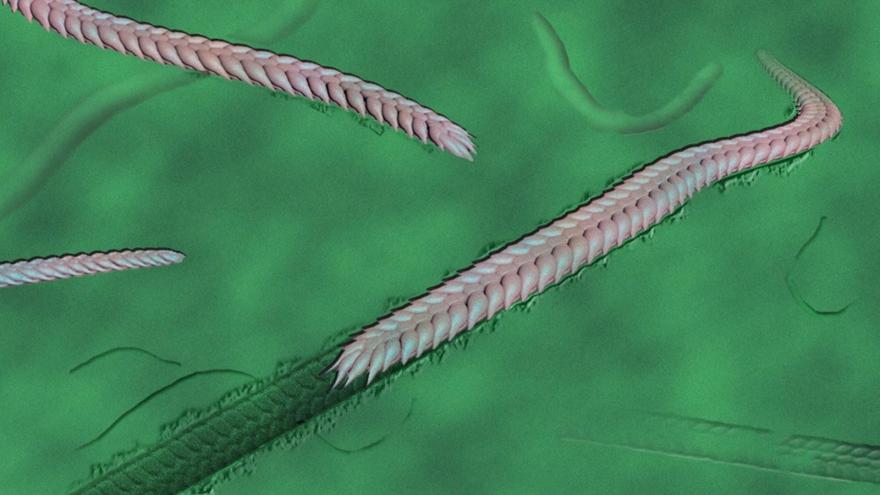 The spiky Yiling bug lived over 550 million years ago, but fossilized trails it left are new evidence that animals then could move and make decisions, a new study says.

(CNN) -- Who would've thought an ancient worm would fill in an important blank in evolution?

Tracks from a worm-like creature were preserved in fossils nearly 550 million years old. Researchers said the fossils indicate the earliest evidence of animals making decisions and moving on their own, according to a study published in Nature.

The team of scientists found the Yilingia spiciformis, which translates to "spiky Yiling bug," preserved in layers of rock near the Chinese city of Yiling. It resembled a millipede up to 10 inches in length, broken into 50 segments across its short body.

The tracks indicate the animal was moving toward or away from something. And the ability for animals to move, and move with purpose, transformed the Earth, study author and Virginia Tech geochemist Shuhai Xiao said.

"Mobility made it possible for animals to make an unmistakable footprint on Earth, both literally and metaphorically," Xiao said in a statement.

It laid the groundwork

The spiky Yiling bug is one of the earliest bilaterians—that is, animals with bilateral symmetry, like humans—with segmented bodies and movement. They laid the groundwork for larger animals to move, think and impact their environment, he said.

Scientists always assumed segmented bilaterians evolved sometime between 635 million and 539 million years ago, but they'd never found evidence to back their claims. The fossilized trails provide a timeline for the Cambrian revolution, the "explosion" of life 540 million years ago that included many major animal groups that exist on Earth today.

"We are the most impactful animals on earth," Xiao said. "We make a huge footprint, not only from locomotion, but in many other and more impactful activities related to our ability to move."