A 555.55-carat black diamond believed to come from space is going on sale 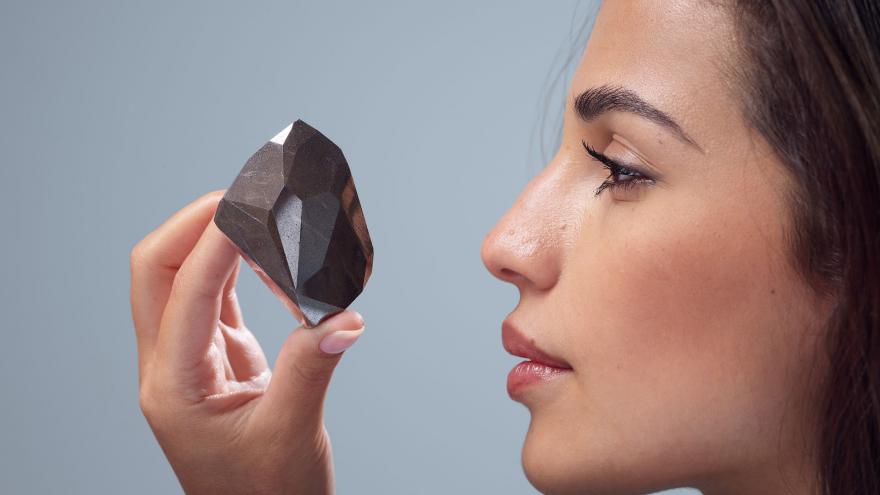 (CNN) -- A 555.55-carat black diamond that is truly from out of this world has been unveiled by auction house Sotheby's Dubai.

The rare gem, which Sotheby's has dubbed "The Enigma," is believed to have come from outer space -- either created from a meteoric impact or from a "diamond-bearing" asteroid that collided with Earth.

A natural faceted black diamond of this size is an "extremely rare occurrence," according to Sotheby's, which expects it to sell for as much as £5 million ($6.8 million) when it goes under the hammer in February in London, after being exhibited in Dubai and Los Angeles.

Black diamonds, also known as Carbonado diamonds, can be dated to between 2.6 to 3.8 billion years ago and have trace amounts of nitrogen and hydrogen -- elements found in interstellar space. They also contain osbornite, a mineral present in meteorites.

Nikita Binani, a jewelry specialist at Sotheby's in London, called the diamond "a true natural phenomenon."

"Its sale represents a once-in-a-lifetime opportunity to acquire one of the rarest, billion-year-old cosmic wonders known to humankind," she said in press release Monday.

The shape of the diamond is inspired by the Middle Eastern palm symbol of the Hamsa, a sign of protection, which means five in Arabic. The theme of five runs throughout the stone, according to the auctioneer. In addition to its 555.55 carats, it also contains exactly 55 facets, or faces. 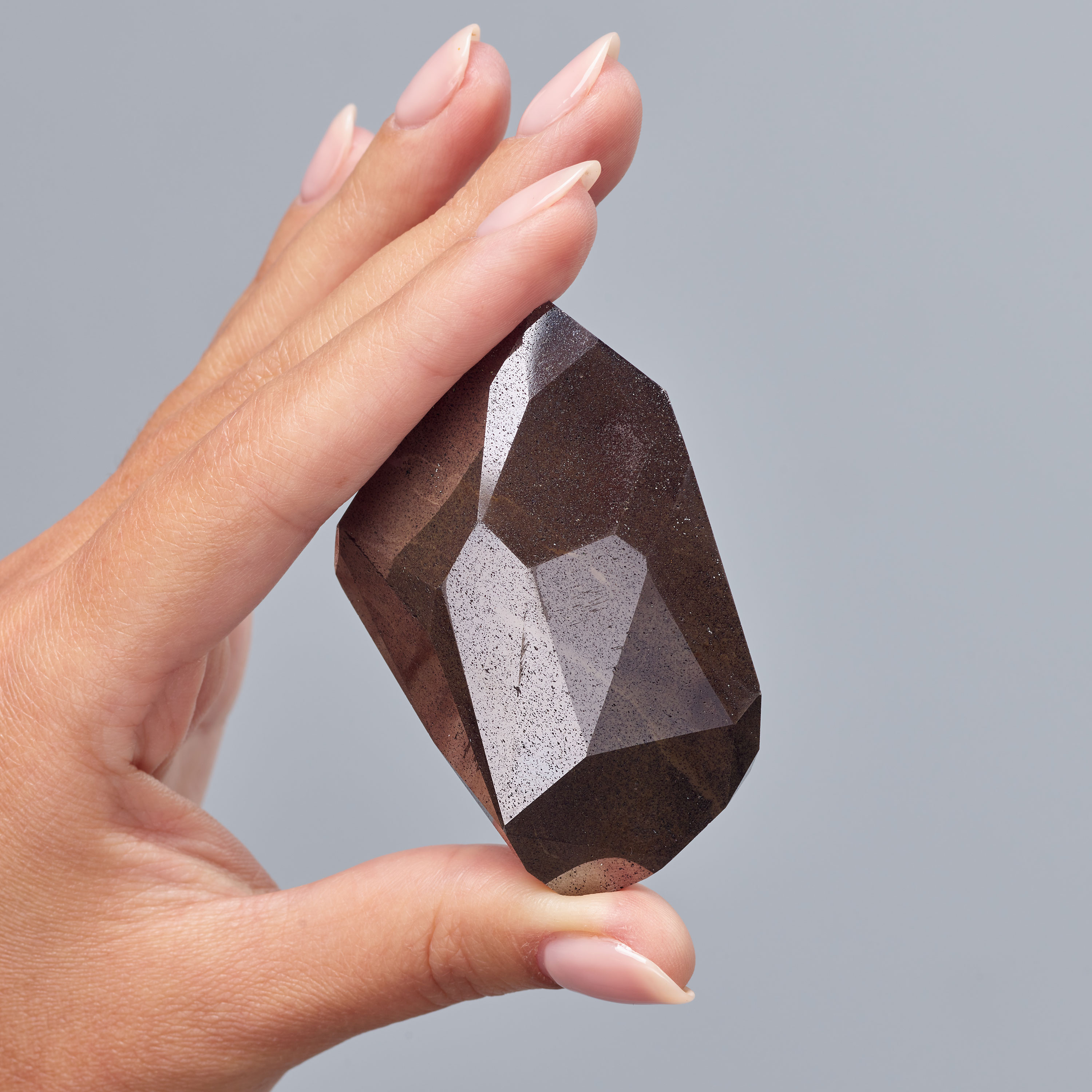 The diamond will be open for bidding online from February 3 to 9, and the auction house said it will accept cryptocurrency as payment.

The move follows the sale of a 101-carrat diamond, dubbed "The Key 10138," which became the most expensive jewel ever purchased with cryptoccurency when it sold last year, according to Sotheby's.

The pear-shaped gemstone sold for the equivalent of $12.3 million, after the auctioneer announced it was accepting offers in bitcoin and ethereum, in addition to traditional forms of payment. Sotheby's would not disclose which of the two cryptocurrencies had been used to make the purchase.

A number of auction houses have begun welcoming cryptocurrencies for big-ticket items, which have included paintings and NFTs -- the blockchain-backed tokens increasingly used to transfer ownership of digital artworks and collectibles. Sotheby's CEO Charles Stewart told CNN's Julia Chatterley last April that he believed NFTs and crypto were opening up the art market.