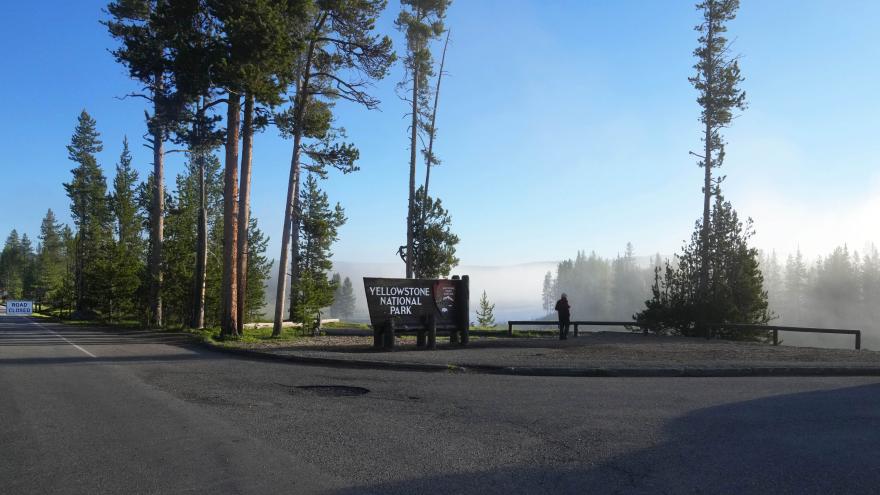 (CNN) -- A Colorado man required medical treatment at a hospital after he was gored by a bull bison at Yellowstone National Park in Wyoming, officials said.

The 34-year-old man was walking with his family on a boardwalk near the Giant Geyser at Old Faithful on Monday when the bull bison charged at the group, according to a news release from the park.

When family members did not leave their area, the bull bison "continued to charge and gored" the man, causing injury to his arm, park officials said. The man was taken to a hospital, and the incident is under investigation.

This was the second reported incident this year of a visitor getting too close to a bison and the animal responding to the perceived threat by goring the person, according to the release.

In late May, a bison gored a 25-year-old Ohio woman who was 10 feet within the animal, park officials said at the time. She suffered a puncture wound and other injuries after the animal also tossed her 10 feet into the air during the attack.

Park officials are urging visitors to keep their distance when they encounter an animal as well as stay informed on park safety regulations.

"Stay more than 25 yards (23 m) away from all large animals -- bison, elk, bighorn sheep, deer, moose, and coyotes -- and at least 100 yards (91 m) away from bears and wolves," officials warned. "If need be, turn around and go the other way to avoid interacting with a wild animal in proximity."