A Massachusetts family thought they rescued a stray puppy. It turned out to be a coyote 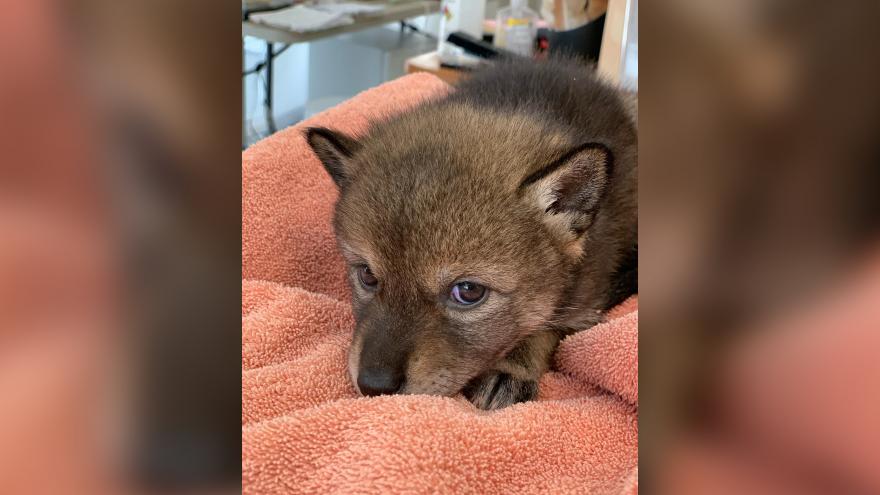 (CNN) -- A Massachusetts family was surprised to learn that a lost puppy they rescued was, in fact, a baby coyote.

The male pup was found "wandering and distressed" on the side of the road, according to a Facebook post from Cape Wildlife Center. Concerned for its safety, the family picked up the pup in their car. But shortly afterward, they realized it might not be a dog after all.

"After realizing their mix up they called us for assistance," said the wildlife center, part of the New England Wildlife Center, a nonprofit that provides free veterinary care to around 5,000 animals per year.

Zack Mertz, executive director of the Cape Wildlife Center in Barnstable, told CNN that it's not uncommon to see coyote and fox pups wandering around during this time of year. The pups are just getting to the age where they start to explore away from their families. It's unclear if this pup had just wandered too far from his family or if his mother had been injured or killed.

Staff at the center "were able to very quickly identify it as a coyote, who was definitely still at an age where he should've been with the parents," Mertz said.

The pup, thought to be around five to six weeks old, was cleared for rabies and given its first round of vaccinations, Mertz said. The wildlife center will temporarily raise him alongside a female coyote pup between thee and four weeks old who was recently transferred from the Wildlife Clinic of Rhode Island.

Raising the pup alongside a foster sibling is crucial because of the social nature of coyotes, Mertz said.

"One of the best things you can do for a young pup that's lost its family is at least provide a sibling of similar age," he said. "That is because if we do our job right, and stay hands off, that sibling is gonna be the model, and they can learn as much as they can from each other."

He said that the center's staff try to come into contact with the coyotes as little as possible, so that the canines don't associate humans with food and retain as much of a natural upbringing as possible. They also work to simulate the coyotes' natural environment by decorating their large enclosures "as naturally as we can" and providing food and climbing challenges that "help them practice the types of behaviors they would need" in the wild.

Staff plan to introduce the two pups in around a week, once the female pup has grown slightly larger. If all goes well, the two pups will spend around six months in the center before being released into the wild in mid-autumn.

Mertz said anyone who spots a baby coyote or other animal alone in the wild should know its parents might be nearby -- so contact a local wildlife department before intervening.

"We ask that you keep a safe distance and report what you're seeing," he said.