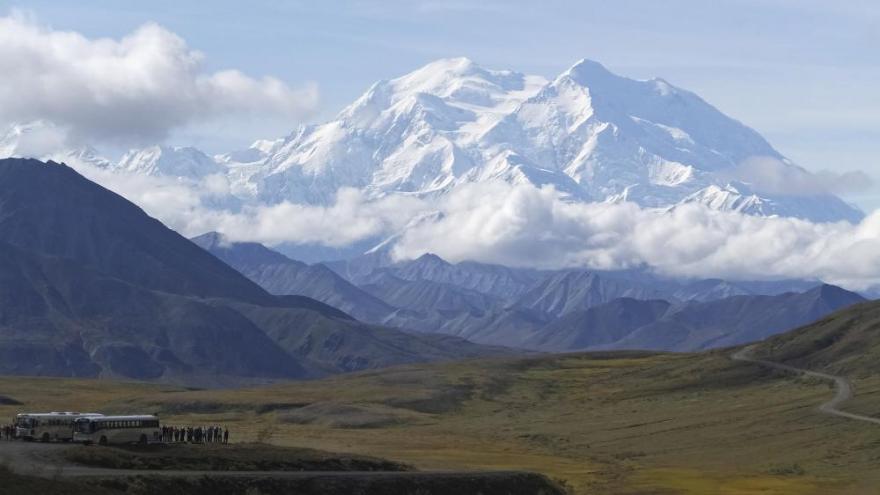 A mountain climber from Japan is presumed dead after falling into a crevasse at Alaska's Denali National Park.

(CNN) -- A Japanese mountain climber is presumed dead after falling into a crevasse in Alaska's Denali National Park, officials said.

The 43-year-old from Kanagawa, Japan -- who was not named by officials -- was un-roped from his teammates and "fell through a weak ice bridge near their camp at approximately 8,000 feet on the southeast fork of the Kahiltna Glacier," according to a Wednesday release from the Denali National Park and Preserve. He was at the base of Mount Hunter's North Buttress.

A member of the climber's team reached out for help on Tuesday night, the statement said, and one of the responding park rangers rappelled into the crevasse "as deep as possible."

The ranger was able to confirm that an "ice bridge collapse had filled the narrow crevasse with a large volume of snow and ice approximately 80 feet below the glacier surface," the release said.

Descending any further to investigate or find the man was not possible, and the climber was presumed dead based on the volume of ice, the distance of the fall and the duration of the burial, the release said.

Officials will determine the feasibility of recovering the body in the days ahead.

Body of another climber was recovered

Elsewhere on the preserve, the body of a 35-year-old solo climber who had gone missing and was located by officials earlier this month has been recovered, park officials said.

The remains of Austrian climber Matthias Rimml were recovered Tuesday via a long-line helicopter operation, according to the park's statement.

Rimml, a professional mountain guide, was the first registered climber this season to attempt climbing Denali -- a 20,310-foot peak and the tallest in North America -- and was alone during his attempt.

He began his climb from base camp on April 27, and the last known phone call he made was on April 30, officials said.

"Rimml likely fell on the steep traverse between Denali Pass at 18,200 feet and the 17,200-foot plateau, a notoriously treacherous stretch of the West Buttress route," the statement said.