A shooter killed 4 and injured more, including an officer, around Denver. The suspect is dead, police say 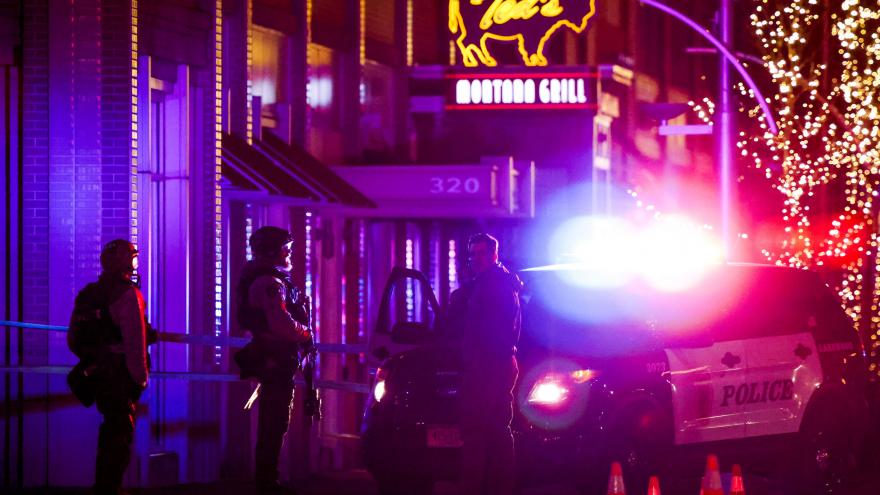 (CNN) -- At least four people are dead and a police officer and others injured after a string of shootings Monday evening across the Denver metro area, authorities said.

The suspect is also dead, they said. The motive isn't clear.

The rampage is among the latest of more than 675 mass shootings in the United States so far this year that left four or more people dead or injured, according to Gun Violence Archive.

"There are four significant locations where gunfire took place in the city and county of Denver," Denver Police Chief Paul Pazen said late Monday at a news conference.

The shootings began just after 5 p.m., when two women were killed and a man injured, Pazen said.

A man then was killed at a second location. And at a third site, a gun was fired, with no injuries reported.

"We believe the individual, after disabling the police car, fled into Lakewood," Pazen said, about eight miles west of downtown Denver.

Police there got a call of shots fired at a business just before 6 p.m., Lakewood Police spokesman John Romero said during a news conference.

One person was pronounced dead at that scene, he said.

Lakewood Police found the suspect's car, and as they approached, the driver began shooting and police returned fire, Romero said.

The suspect then ran to a nearby shopping area and threatened another business before taking cover at a Hyatt Place hotel, Romero said.

There, the suspect allegedly shot a clerk, he said. "That person was taken to the hospital; we do not know the extent of the injuries there or exactly how that person is doing."

The suspect then took off again, and when confronted by a Lakewood Police officer, shot and struck the officer, who is undergoing surgery.

More gunfire was exchanged between police and the suspect, who was killed, police said.

There is no threat to the community, authorities said.