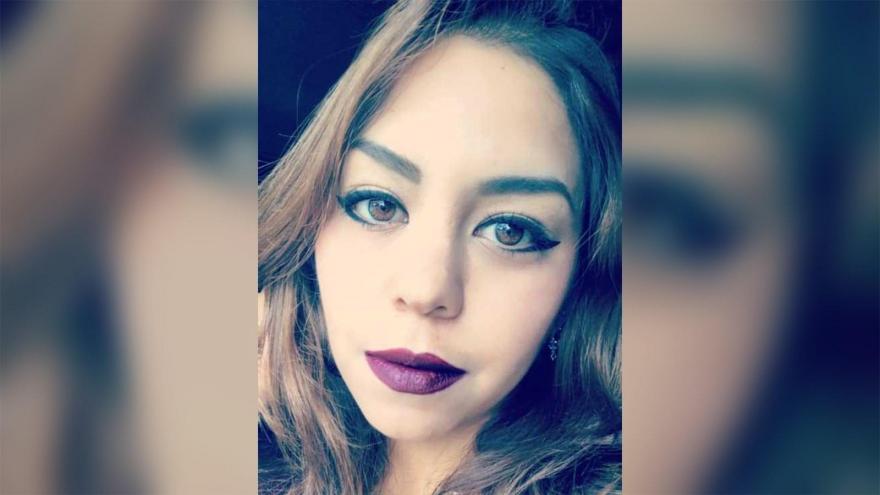 Mary Granados A US mail carrier whose vehicle was hijacked by a gunman among the seven people killed in the nation's latest mass shooting.

(CNN) -- A man who left Las Vegas after the 2017 shooting there, a US mail carrier whose vehicle was hijacked by a gunman and an Army veteran who served in Afghanistan were among the seven people killed in the nation's latest mass shooting.

The people killed ranged in age between 15 and 57, and 25 people were wounded in the shootings on Saturday in West Texas, authorities said.

The City of Odessa asked employees to wear yellow Tuesday to symbolize hope and remember those whose lives were lost.

Here is what we know about the victims.

Rudy Arco, 57, moved from Las Vegas to Odessa after the 2017 mass shooting there that killed 58 people and injured almost 700 others, his family told CNN.

Arco started a trucking company after moving to Odessa, working hard to build his business, his family told CNN.

He was driving home from work in his truck when he was shot.

His dad was "the last person I'd ever think to go," his son Ardy Arco said, because he was "always just on his toes," and "aware of his surroundings at all times."

He was a man of faith, his daughter Julie Arco said.

"If he said 10 words to you, five of them were about God," Julie Arco said.

"And now we are in America, the best country, the best everything, and we are not safe," Bari said. "Look what happened. He was coming from work, driving his truck, and that's it. He's gone."

Bari Arco said she has a message for President Trump.

"We want him to say that he wants Americans (to) be safe again," the widow said.

Granados, 29, was on the phone with her twin sister, Rosie, when Granados said she heard a gunshot, the surviving twin said. Then, Granados started screaming.

"It was very painful. I just wanted to help her, and I couldn't. I thought she had got bitten by a dog or something," Rosie Granados said sobbing in a phone interview with CNN. "I tried calling her name and she wouldn't answer."

Rosie knew her sister's route and went looking for her, she said. Within 15 minutes, she found her sister. The police were already there.

"She was laying on the floor when I got there. She was already gone," she told CNN in an interview from her home. "I just wanted to run to her and hug her ... kiss her."

"We are all broken. We are all suffering," Rosie Granados said. "She was very friendly and was always smiling."

She said Granados' cats have been yowling for her.

The Granados sisters moved from Juarez, Mexico, to Odessa when they were 14. Granados worked for the US Postal Service for about a year, her sister said.

Granados loved to travel with her boyfriend and spend time with her family.

She didn't feel well on Saturday but still went to work, her sister said.

Mckayla Salcido's doorbell camera captured Granados delivering the mail to her home in Odessa more than three hours before the shooting. It is one of the last known images captured of Granados before she was killed.

Granados was nearing the end of shift when she was killed, her sister said.

"It's hard for me," said Rosie Granados, who is three minutes older, "because she's my twin."

The GoFundMe page says Brown was a resident of Brownwood, Texas, and served in the Army in Afghanistan. He worked for the company for over a year.

"We are deeply saddened at the loss of a member of our team. Kameron Brown died tragically as a victim of the senseless and horrifying shootings that occurred in and around Odessa on Saturday. We have been in contact with Kameron's family to offer our deepest sympathies and support. We ask that the family's privacy be respected during this most difficult time," Standard Safety & Supply said in an official statement.

"He was on his way home to be with his kids to spend time with them," his wife, Perla Garcia, said. "He didn't get to make it here." His mother was also waiting for him to return home that day but told the affiliate he "never did."

Garcia was someone who "would be there for everybody," his sister, Angie Orozco, said.

"He was just reaching out and helping whoever needed it all the time," his brother, Luis Garcia, told the affiliate.

On social media, the City of Odessa said the others killed were:

The city updated the number of injured from 23 to 25. The Odessa Police Department on Sunday identified the gunman as Seth Ator, 36. He was killed by police.