About 2 million people are about to get a new student loan servicer. Here's what you need to know 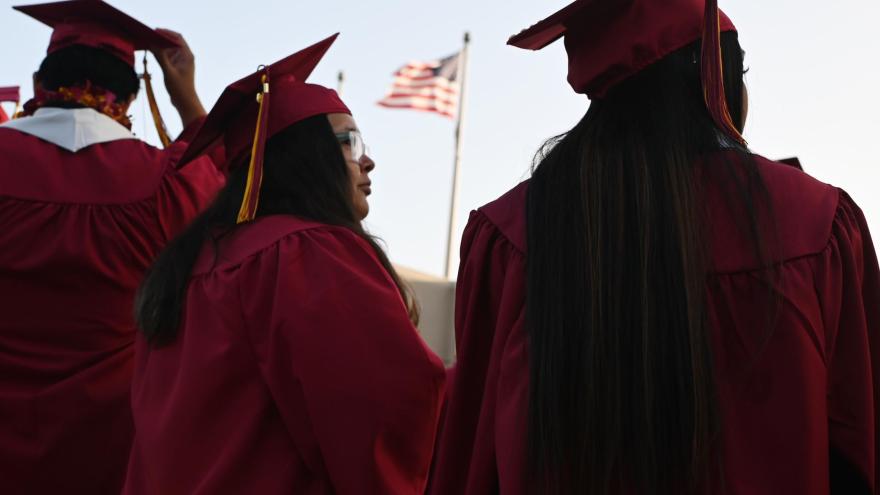 FedLoan -- an arm of the Pennsylvania Higher Education Assistance Agency known as PHEAA -- is currently servicing those loans.

But a year ago, PHEAA decided to end its contract with the federal government. Beginning last fall, the federal loans serviced by FedLoan have been transferred in stages to several other servicers. About 2 million accounts still need to be transferred.

In July, loans held by borrowers enrolled in the Public Service Loan Forgiveness program will start being transferred to the Missouri Higher Education Loan Authority, known as MOHELA. These transfers will continue throughout the summer, according to the Department of Education.

In recent years, FedLoan was tasked with handling the loans for every borrower seeking debt relief from the Public Service Loan Forgiveness program, which cancels the debt of government and nonprofit workers after making 10 years of qualifying payments. Once a borrower indicated they want to enroll in the program, their loans were transferred to FedLoan.

But FedLoan drew criticism from borrower advocates for making errors and providing misinformation to borrowers about the qualifications. In 2021, PHEAA settled a lawsuit brought by Massachusetts Attorney General Maura Healey, alleging the loan servicer violated state and federal consumer protection laws. PHEAA agreed to provide individual audits to all 200,000 Massachusetts borrowers it services.

Last year, the Biden administration temporarily expanded eligibility for the Public Service Loan Forgiveness program to include borrowers who have older loans that didn't originally qualify as well as those who were in the wrong repayment plan but met the other requirements.By the end of May, the Department of Education had approved forgiveness for close to 145,000 borrowers under this waiver.

What borrowers can expect

Public Service Loan Forgiveness borrowers can expect to receive several notices as their loans are transferred.

Borrowers' full account details should be available from MOHELA no later than 10 business days after the loan transfer date included in the transfer notification sent from FedLoan, according to the MOHELA website.

The loans are being transferred, not sold. That means the change will not impact the existing terms, conditions, interest rates, loan discharge or forgiveness programs, or available repayment plans on the loans. The repayment plan a borrower is enrolled in does not change once transferred unless the borrower opts to make a change.

Borrowers are not required to do anything during the transfer process.

FedLoan also services some non-PSLF borrowers. The vast majority of those accounts have already been transferred from FedLoan to other loan servicers, including Aidvantage, EdFinancial or Nelnet.

How to qualify for the PSLF waiver

To take advantage of the temporary PSLF waiver, some borrowers may need to take action by October 31.

Borrowers who previously had a non-qualifying loan, such as the Federal Family Education Loan, must consolidate their debt into a federal Direct Loan and then submit a PSLF form to show qualifying employment by the October deadline. After the consolidation is complete, the new loan will be transferred to MOHELA.

For those who are currently serviced by FedLoan and are enrolled in the PSLF program, no action is required. Their loans will automatically be transferred to MOHELA over the summer.

The Department of Education continues to review PSLF borrowers' past payments to count those who are newly eligible for the forgiveness program. Due to the temporary waiver, it no longer matters what kind of federal student loan a borrower had or what payment plan he or she was enrolled in. All payments will be eligible for the PSLF program if the borrower was working full time for a qualifying employer.

More changes could be coming for federal student loan borrowers

The transfer of federal student loans from FedLoan to MOHELA this summer comes as borrowers await to hear whether President Joe Biden decides to extend the pandemic-related pause on payments, as well as if he will act to broadly cancel student loan debt.

Payments are set to resume on federal student loans after August 31 after being paused since March 2020. Federal student loan borrowers' balances have effectively been frozen during this time. Interest has stopped adding up and collections on defaulted debt have been on hold.

Biden has already extended the pause several times and is facing political pressure to delay the restart date again, which is currently set two months before the midterm elections.

The President is also facing pressure to cancel some student loan debt for every borrower. In April, Bidensaid he was considering some broad student loan forgiveness.

On the campaign trail, he said he would support $10,000 in forgiveness. White House officials have indicated that he is also looking at setting an income threshold so that high-earning borrowers would be excluded from the debt relief.