Alex Trebek discusses the latest in his cancer battle 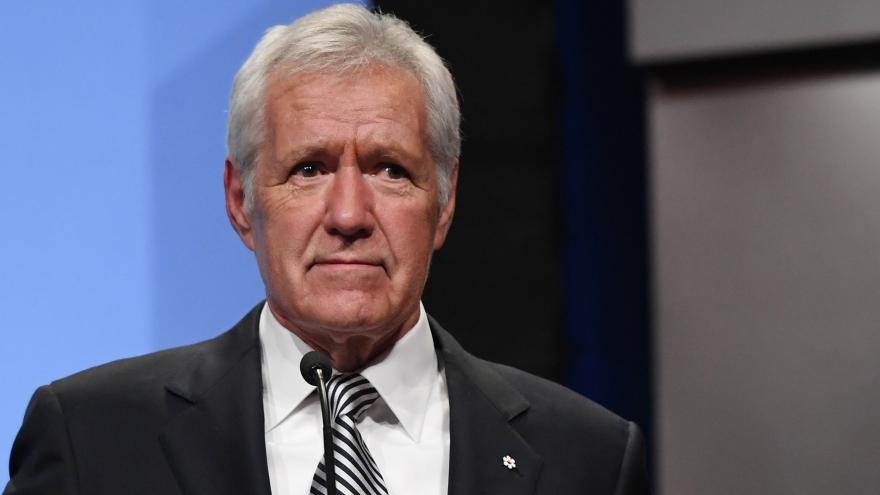 (CNN) -- Alex Trebek is opening up about his pancreatic cancer battle.

Trebek has gone through chemotherapy and has to undergo it again, so he knows that he might not have a lot of time left to live, the "Jeopardy" host told ABC News.

But, he added, prayer and supporters have helped him feel a lot better since his diagnosis.

"I have learned something in the past year and it's this: We don't know when we're going to die," Trebek said."Because of the cancer diagnosis, it's no longer an open-ended life, it's a closed-ended life because of the terrible survival rates of pancreatic cancer. Because of that, and something else that is operating here, people all over America and abroad have decided they want to let me know now, while I'm alive, about the impact that I've been having on their existence."

He added: "They have come out and they have told me, and my gosh, it makes me feel so good."

Although at one point Trebek was in "near remission," he told ABC News in October he'd have to undergo chemotherapy again, since the cancer had returned.

"We may try a new protocol, a different chemo or something in the trial stage that is not chemotherapy," he said, adding, "I don't mind experimenting. I've got nothing to lose, so let's go for it."

In March, he revealed in a YouTube video he had been suffering from stomach pains before being diagnosed with stage 4 pancreatic cancer, which he vowed to fight.

He told his wife of 29 years, Jean Trebek, first, but not right away, because "it was not devastating news to me."

"Throughout my life, I've always wondered about how courageous a human being I was," Trebek said. "I just look at it as it's a part of life. Does that mean I'm courageous because I'm dealing with it? No. I could be scared to death and I'd still have to deal with it."