Alex Trebek says his pancreatic cancer may mean the end of his time at 'Jeopardy!' 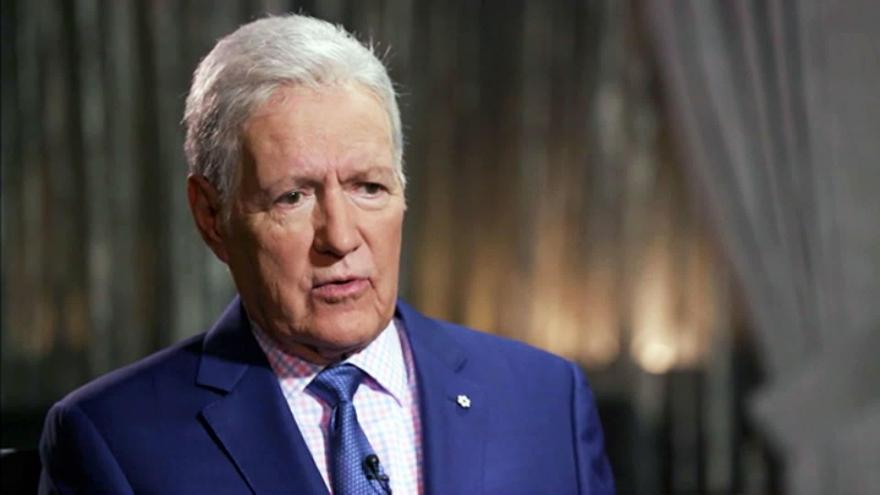 After months of battling pancreatic cancer, Alex Trebek hinted in an interview that his long tenure as host of "Jeopardy!" may be nearing an end.

(CNN) -- After months of battling pancreatic cancer, Alex Trebek is hinting that his long tenure as host of "Jeopardy!" may be nearing an end.

Trebek told CTV he has begun to get sores inside his mouth from the chemotherapy, which makes it difficult to enunciate. He sometimes hears himself slurring his words on the quiz show, he said.

"I will keep doing it (the show) as long as my skills do not diminish, and they have started to diminish," he told CTV's Lisa LaFlamme in an interview Friday.

As "Jeopardy!" host, Trebek has graced millions of living rooms for 35 years and more than 8,000 episodes -- the most by a presenter of any single TV game show.

In March, he announced that he had been diagnosed with Stage 4 pancreatic cancer, which has a 5-year survival rate of 9%. Last month he revealed he'd be undergoing another round of chemotherapy.

In the CTV interview, Trebek said he regrets being so public with his battle with cancer. His outspokenness about the disease has encouraged many people to lean on him as a source of strength and optimism in their own battles, even while he undergoes his own, he said.

He told LaFlamme he doesn't think he can take on so much of others' pain.

"I don't know if I'm strong enough or intelligent enough to help alleviate some of that despair, so it's tough on me," he said.

But Trebek is facing his diagnosis head on, saying he is not afraid of death.

"The thought of the pancreatic cancer does not frighten me," he told LaFlamme. "I'm 79 years old. So, hey, I've lived a good life, a full life, and I'm nearing the end of that life. I know that."

Gregg 113 days ago
I am heartbroken. My thoughts and prayers are with you Alex.