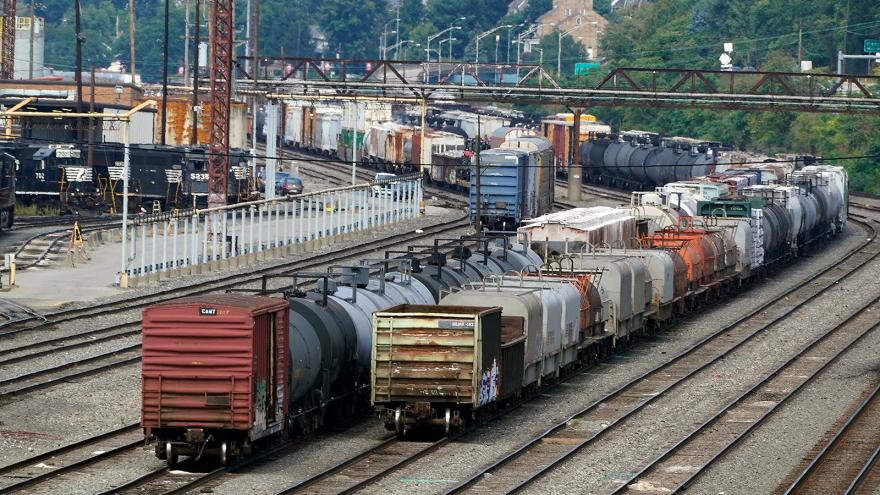 The nation's second-largest rail union, which represents engineers, ratified its own contract. But the failure of the conductors to ratify their own deal is another setback to efforts to avoid a crippling nationwide rail strike.

The two unions are the transportation division of the Sheet Metal, Air, Rail, Transportation union (SMART-TD), which represents about 28,000 conductors and the Brotherhood of Locomotive Engineers and Trainmen (BLET), which represents about 24,000 engineers. The engineers and conductors make up the two-person train crews. Both unions reached tentative deals in September in a marathon 20-hour negotiating session just hours before their earlier strike deadlines.

President Joe Biden called those deals "a win for tens of thousands of rail workers and for their dignity and the dignity of their work." He had directly intervened in the final round of talks, but his praise of the deals wasn't enough to win approval from rank-and-file members of the conductors' union.

The deals nearly got the support they needed to be ratified by both unions. It was ratified by the engineers, with 53.5% voting yes, while an apparent majority of the conductors also voted for ratification.

But the conductors' vote ultimately failed because the union's rules require each of five classes of workers within the union to approve the deal for it to pass. Although 64.5% of members who ride the locomotives with the engineers supported the deal, 50.87% of members of train and engine service members of the union voted against ratification. Those members did not get the same improvement in contract language that other members of SMART-TD won in the final negotiations, and that apparently led to the deal's failure.

The conductors will remain on the job as negotiations resume in an attempt to find a deal that would be acceptable to the membership. The negotiators face a December 9 strike deadline.

The no vote follow similar contract rejections by the rank-and-file members of three other rail unions -- one representing track maintenance workers, another whose members maintain and operate the signal system, and a third who represent locomotive mechanics and welders.

If even one of the dozen railroad unions were to go on strike, the other 11 would honor the picket lines, shutting down the railroads.

If the unions are unable to reach new deals before strike deadlines, Congress could order the railroad workers to remain on the job or return to work.

Congress is already facing calls from a wide range of business groups to act to prevent a strike. About 30% of the nation's freight moves by rail, when measured by the weight of the freight and the distance it travels. A strike therefore could cause widespread disruptions in the nation's still struggling supply chain and the overall economy. If the strike goes on for an extended period, it could cause widespread shortages and higher prices for goods including fuel and food.