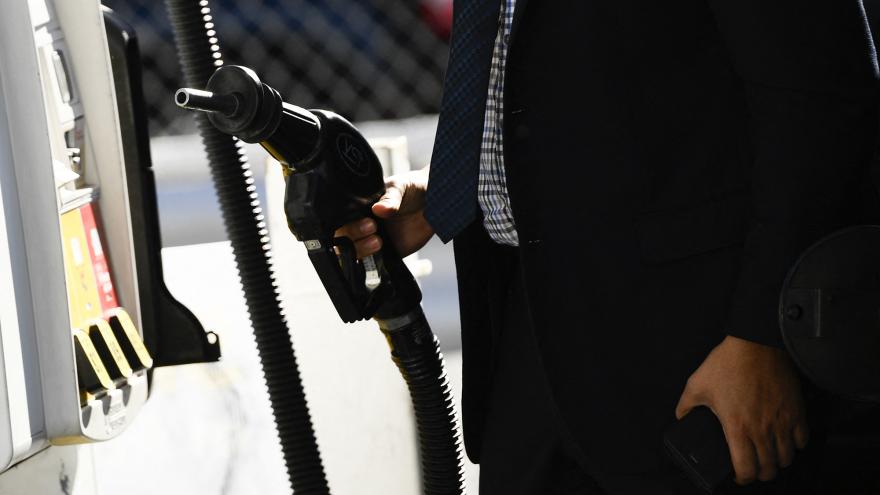 An estimated 80% of the fuel purchased in the United States comes from local convenience stores, which bring in about $475 billion of revenue each year, according to IBISWorld data. A quarter of that comes from the 44% of gas guzzlers who come into the store each time they hit the pumps to purchase groceries, snacks, beer and cigarettes.

So as Russia's invasion of Ukraine and record-high inflation rates cause crude oil prices to shoot up, executives at PepsiCo, General Mills, and Conagra (the company behind Slim Jim) are biting their nails.

The national gas average price in the United States was about $4.10 per gallon on Wednesday, according to data compiled by AAA. While that's a little bit under the record high, it's still high enough to make 60% of Americans reconsider their driving habits and make some lifestyle changes, according to a survey by the automotive service company.

Less driving and fewer trips to the pump typically serve a double hit to convenience store retailers: a loss of foot traffic and money left for discretionary purchases.

"Our [convenience store] retailer contacts have recently highlighted some signs of strain on consumer spending as gas prices remain stubbornly high, with one retailer noting a slowdown in March in-store purchases across categories," wrote Bonnie Herzog, managing director at Goldman Sachs, in a research note Wednesday.

Rising gas prices also appear to be weighing on packaged snack food sales. "This is evidenced by the slowing volume trend seen across most major snack food categories and outright volume declines for single-serve chocolate and jerky meat," she wrote.

About 83% of purchases made at convenience stores are for immediate consumption, or impulse buys, typically the first thing to go when inflation increases.

"Anytime you sell immediate consumption and people's pocketbooks are pinched you could lose sales," said Jeff Lenard, vice president of strategic industry initiatives at the National Association of Convenience Stores.

First-quarter sales data from NielsenIQ underscore that fear. People are purchasing fewer items. "There is definite concern that the longer prices stay elevated, the more people could modify their behavior and not just short-term but long-term," said Lenard.

Gas prices are top of Americans' minds, said Jason Zelinski, director of convenience channel accounts at NielsenIQ. But they haven't greatly impacted other sales yet. He noticed a shift toward increased visits to gas stations — people are topping off their tanks more frequently instead of paying for a full tank.

Consumer Edge, a data insights company, looked at the top three fuel retail brands in the US (Costco, Sam's Club and Kroger) and noticed a spike in fuel sales as a percentage of total sales through the month of March.

"Although average fuel prices per gallon have gone up, some consumers can no longer afford to fill their tanks each trip and are making the same-priced transactions for fewer gallons but filling up more often," they wrote.

And while there are certainly fears of an upcoming recession, unemployment remains at record lows. Americans are still driving to work.

Companies are already picking up on the increased frequency of gas visits and trying to use that to fuel other sales, said Eric Dzwonczyk, managing director at AlixPartners.

Walmart, Costco and convenience stores are tying product promotions or discounts to the purchase of gas in order to encourage store visits.

The cost of Germany's reliance on Russian gas

For weeks, politicians, economists and everyone in between have been speculating about what a disaster it would be for Western Europe to lose Russian energy supplies. Now, we're getting a sense of just how devastating it would be.

Germany's top forecasters on Wednesday warned that the country would lose nearly $240 billion in economic output over the next two years, my colleague Anna Cooban writes. That would plunge the German economy into a deep recession and wipe out hundreds of thousands of jobs.

In the event of a shock to natural gas supplies from Russia, Germany's GDP would rise by just 1.9% in 2022, and contract by 2.2% in 2023, researchers said in a report compiled by five German economic institutes.

That staggering figure underscores the geopolitical dilemma Western leaders face in confronting a petrostate as powerful as Russia. The military's abhorrent violence in Ukraine has prompted EU officials to agree a phased ban on Russian coal. But its natural gas exports are a whole other story.

Germany, Europe's biggest economy, imported nearly half of its natural gas supplies from Russia in 2020, using it to heat homes, generate electricity and power its factories. Losing that supply would drive inflation -- already at its highest level in more than four decades — even higher.

Last week, German Finance Minister Christian Lindner said the country was moving "as quickly as possible" to ditch Russian energy, but he reiterated that the country couldn't shut off supplies overnight.

"If I could only follow my heart, there would be an immediate embargo on everything," he told the newspaper Die Zeit. "However, it is doubtful that this would stop the war machine in the short term."

The best economy that no one likes

Ask just about any economist right now how the US economy is doing, and they'll likely say it's pretty solid. The labor market is incredibly strong, wages are rising, and even though inflation is high, it has either already peaked or will soon peak (and either way it's still nowhere near as bad as it was 40 years ago).

But ask the same question to a regular person and they'll likely say it stinks.

Sure, inflation might be cooling off (emphasis on "might") but try telling that to someone who's been outbid for 10 different homes, is paying through the nose to fill up their car and gets anxiety just thinking about their weekly grocery bill.

Consider this: US home prices have skyrocketed 20% over the past years. Mortgage rates have nearly doubled in just a few months. And even if you've got the cash to afford a house, good luck finding one -- inventory is at record lows, and builders are struggling to catch up amid high demand and still-unresolved supply chain bottlenecks.

Prices are surging everywhere: In the United Kingdom, the annual inflation rate surged to 7% in March, its highest level since March 1992. And China reported this week its producer prices were 8.3% higher in March.

On Thursday, we'll get some more insight into how inflationary psychology is affecting the Mighty American consumer when the University of Michigan releases preliminary results from its April sentiment survey. Last month, consumer sentiment came in at its lowest level since 2011.

"Surging gas, food, and housing prices have forced nearly all families to go through the painful process of deciding which normally purchased items they could no longer afford," wrote economist Richard Curtain, who oversees the survey, in a memo last week.

Part of the reason this bout of inflation feels as bad as it does, Curtains says, is because the majority of consumers weren't alive, or at least weren't paying the bills, in the inflationary heyday of the 1970s. We've grown up in low-inflation world, punctuated by a few short-lived oil price spikes.

"This lack of experience has magnified their reactions to the higher inflation rate that now prevails," Curtain says.

Also today: Preliminary data for the University of Michigan survey of consumer sentiment will be released at 10 am ET.