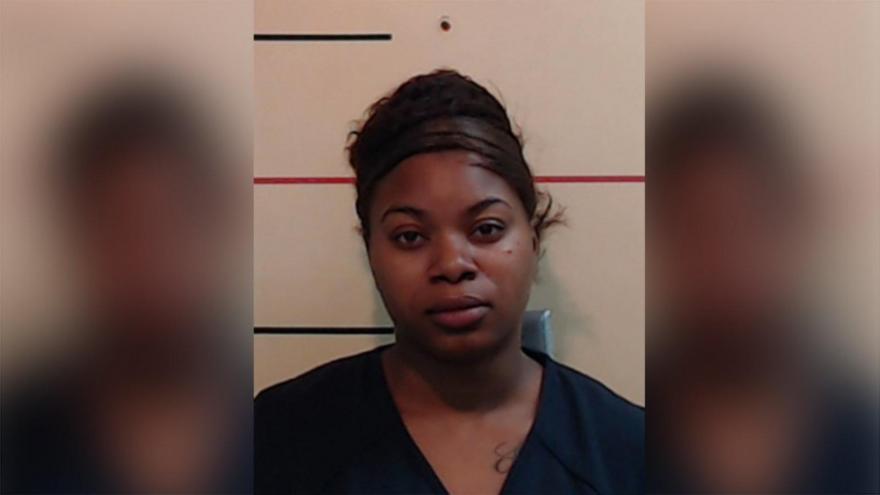 Mycah Keyona Wade, was in a Weatherford neighborhood on July 5 making deliveries as a contract driver for Amazon when she spotted the dog, Parker County Sheriff's Office Deputy Danie Huffman said.

(CNN) -- An Amazon delivery driver was fired and arrested after police say she stole a dachshund from in front of a Texas couple's home and attempted to sell it online.

The suspect, 22-year-old Mycah Keyona Wade, was in a Weatherford neighborhood on July 5 making deliveries as a contract driver for Amazon when she spotted the dog, Parker County Sheriff's Office Deputy Danie Huffman said.

The dachshund, a 2-year-old named "RJ," had darted out of his home as his owners opened the door to go to the grocery store and run across the front yard, Huffman said.

Wade snatched the dog from the street in front of the home, Huffman said. A landscaper who reported having a conversation with the suspect about the dog and private security footage from the neighborhood helped police identify Wade.

After an arrest warrant was issued for her arrest, she turned herself in and initially denied she'd taken the dog.

She later turned RJ over to investigators, who returned the dog to its original owners.

"This does not reflect the high standards we have for delivery service partners. We're glad the customer has been reunited with their pet, and we have been in touch with them to make it right. We take these matters seriously and these individuals are no longer delivering Amazon packages," Amazon said in a statement to CNN.

An ad for RJ was located on Craigslist, Parker County Sheriff's Property Crimes Investigator Ethan Stark said, according to the Cleburne Times-Review.

"There was no contact information, but we're pretty sure it was RJ that was for sale on Craigslist for $100," Stark said. "The ad immediately changed once I contacted the suspect."

Wade was arrested on July 16 on one count of theft of property, which is a class B misdemeanor, Huffman said.

She was held on $2,000 bond, which she posted later that day, and was released.