An American attorney found dead in Mexico was 'the victim of a brutal crime,' his family claims 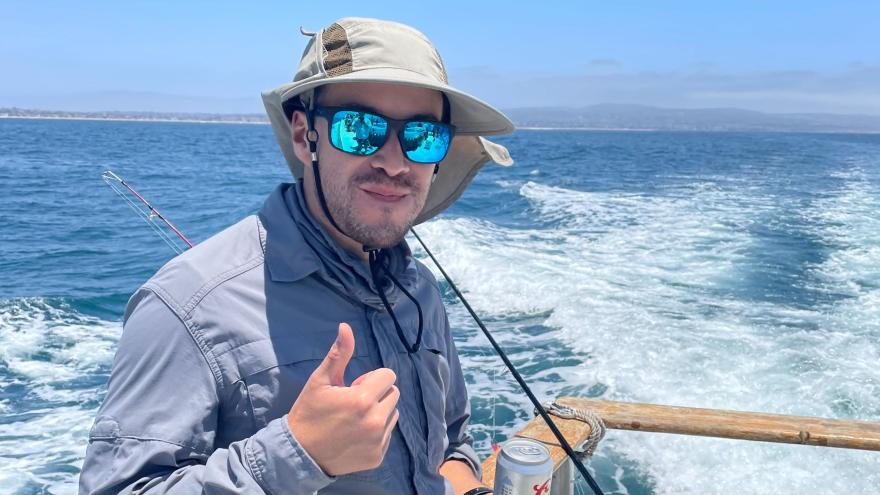 (CNN) -- An American public defender who died this month while celebrating his first wedding anniversary in Mexico "was the victim of a brutal crime," his family said, noting a coroner's liaison told them the case was sent to a local prosecutor "to conduct a possible homicide investigation."

Elliot Blair, 33, a deputy public defender in Orange County, California, died from "severe head trauma," the liaison said, citing an autopsy, according to a family statement provided by their attorney, David Scarsone.

Blair was found dead Saturday at the Las Rocas Resort in Rosarito Beach -- a 45-mile drive south of San Diego -- where he and his wife Kim were staying.

The Baja California Attorney General's Office said the death appeared to be the "result of an unfortunate accident from a fall by the now deceased from a third-story floor," according to its statement to the Orange County Register.

Blair's family has not had contact with Mexican law enforcement about his death, they said.

"The family, which has extensive legal training in criminal law, wholeheartedly believes based on their initial investigation, that Elliot was the victim of a brutal crime," its statement reads.

Husband was not intoxicated, family says

While Blair's relatives do not offer any specific evidence of a crime, they dispute his death occurred off the couple's resort room balcony and say it happened outside the room's front door in an open-air walkway, according to the statement.

"Elliot was not intoxicated at the time of this incident," the family said, adding they told the coroner's liaison they'll hire a private firm to conduct an independent investigation, including toxicology. The liaison had told them a toxicology report had not been completed, they said.

The family opposes cremation of Blair's body, they said, noting that in conversations with a funeral home they have been told several times that authorities have recommended that process.

A fundraiser in honor of Blair's memory has been organized by a colleague to help Blair's wife with the "cumbersome process involved in transporting Elliot's body from Mexico to the USA and dealing with all the red tape," reads the donation page set up by Annie Rodriguez, to whom CNN has reached out.

"We wish we could provide everyone with more information, but very limited information has been disclosed by authorities in Mexico," it reads.

Elliot and Kim had been in the public defender's office in Orange County since 2017, the page states.

"Elliot was known for a smile on his face and a clever mind," the site reads. "There are not enough words to express the level of love he had for Kim. Kim was his life. They just started building a life together in their first year of marriage."