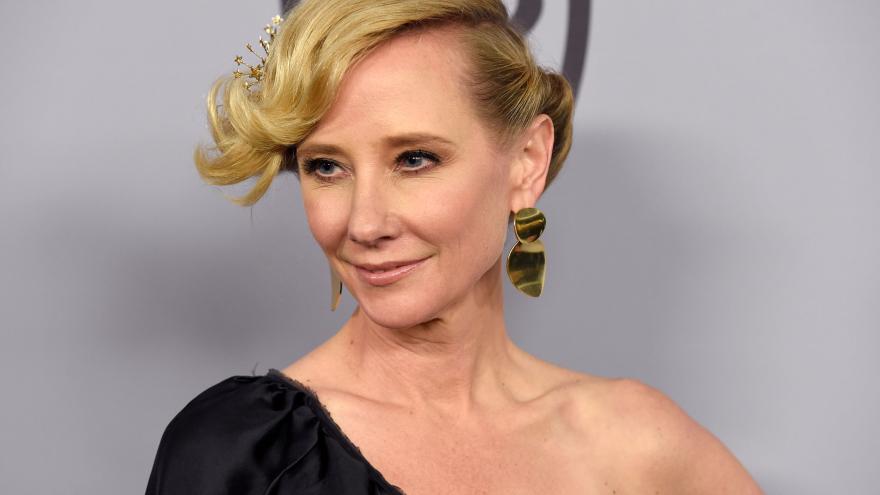 (CNN) -- Anne Heche, an entrancing actor whose versatility powered an admirable career in television and film spanning four decades, is no longer on life support.

"Anne Heche has been peacefully taken off life support," a representative for the actress' family told CNN Sunday night.

Heche's car crashed into a Los Angeles home and erupted into flames on August 5. After the accident, Heche experienced a "severe anoxic brain injury," depriving her brain of oxygen, among other critical injuries following the crash, her family and friends said in a statement to CNN.

Heche, an award-winning actor, appeared in films like the 1998 "Psycho" remake and the rom-com "Six Days Seven Nights" alongside Harrison Ford. She also directed a segment of a 2000 HBO film "If These Walls Could Talk 2" and in her 2001 memoir, she revealed her lifelong struggles with mental illnesses after being abused by her father.

In 1987, Heche made her TV debut on the soap opera "Another World," a role for which she won a Daytime Emmy. After leaving the show, she began her film career, appearing in acclaimed films including "Donnie Brasco" and "Wag the Dog."

When Heche and Ellen DeGeneres began dating in 1997 -- around the same time DeGeneres came out in real life and on her titular sitcom -- they quickly became one of the most famous same-sex couples in the world. The two separated in 2000.

Still, she said, she considered herself "part of the change" that helped normalize same-sex relationships in mainstream culture.

In her 2001 memoir, "Call Me Crazy," she said her father sexually abused her as a child, and she experienced mental illnesses for much of the first 30 years of her life. She told CNN's Larry King in an interview that year her personality fragmented between herself and a personality she invented as a child to adapt to the abuse.

"I had to live through a lot of life to get to the place where I am now," she told King. "I had to see truths and work through shame, and I'm very grateful for every step that I took. I don't think that I could have handled it sooner."

In 2004, Heche appeared on Broadway in "Twentieth Century," for which she was nominated for a Tony. In more recent years, Heche returned to television, appearing on series like "The Brave," "Quantico" and "Chicago P.D." In 2020, she competed on the 29th season of "Dancing with the Stars."

Heche's Hollywood peers responded to news of her crash with support. Her ex-partner and "Men in Trees" co-star James Tupper, with whom she shares one of her two sons, wrote on Instagram: "Thoughts and prayers for this lovely woman, actresss and mother tonight Anne Heche. We love you."