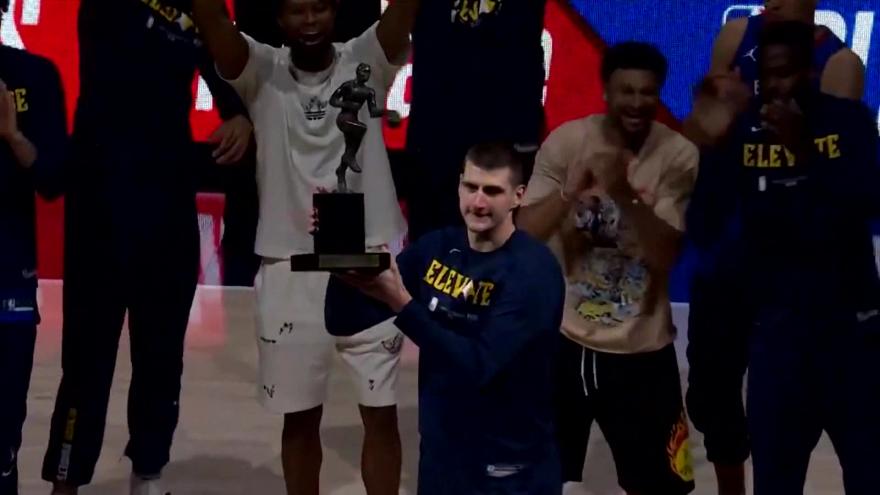 DENVER (AP) — A person familiar with the decision says Denver's Nikola Jokic has won his second consecutive Most Valuable Player award after a season in which he finished with numbers never before seen in NBA history.

The NBA was preparing to make the announcement official in the coming days, likely this week, according to the person who spoke to The Associated Press on condition of anonymity Monday because the voting results have not been announced.

ESPN, citing sources, first reported that Jokic would be named the MVP. The Nuggets' 7-foot center was the first player in league history to eclipse 2,000 points, 1,000 rebounds and 500 assists in a season.