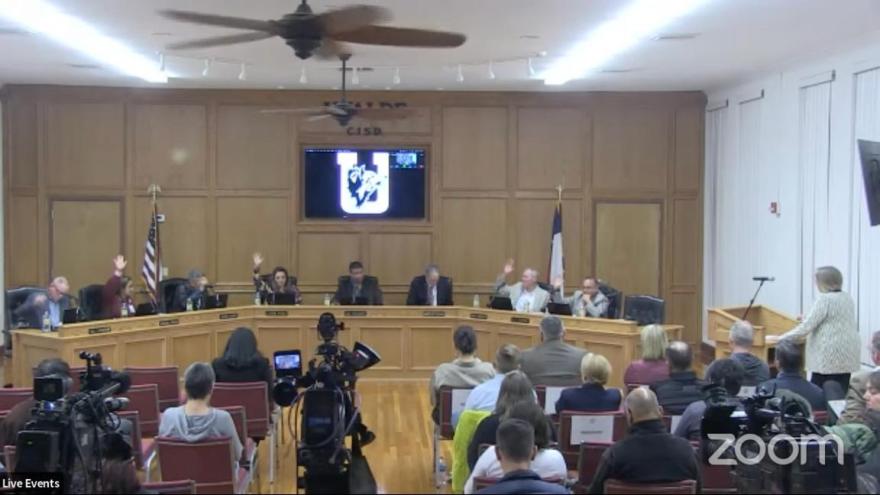 Josh Gutierrez was named the interim executive director of safety and security and police chief for the Uvalde Consolidated School District during a Wednesday board meeting. The hiring of Gutierrez was approved unanimously, with one board member abstaining.

Gutierrez replaces Pete Arredondo, who was fired in August following criticism of his actions during the massacre on May 24, in which law enforcement waited more than an hour before entering the adjoining classrooms where the gunman was holed up. Nineteen students and two teachers were killed in the attack.

Arredondo is seen on police body-worn cameras giving orders and receiving information during the response, but he has said he did not see himself as the incident commander.

Within the city's police department, the acting police chief during the massacre, Lt. Mariano Pargas, will soon face a decision by city officials on whether or not he may stay on the force.

The City of Uvalde is calling a rare "special meeting" Saturday evening to determine Pargas' future with the Uvalde Police Department, according to sources. Pargas is expected to be terminated during that meeting, if he hasn't been terminated by then, an Uvalde official tells CNN.

Pargas was placed on administrative leave by Uvalde Mayor Don McLaughlin in July when videos from body cameras raised questions about whether he had taken any action to assume command. A recent CNN report demonstrated Pargas was aware students were alive and needed rescue during the shooting but failed to organize help.

When CNN reached Pargas by phone seeking comment Monday, he said he was unable to talk about anything to do with the police department on the advice of his lawyers.

A preliminary report by the Texas House investigative committee in July excoriated multiple law enforcement agencies for their lack of action that day, describing "an overall lackadaisical approach" by authorities.

"There is no one to whom we can attribute malice or ill motives," the report said. "Instead, we found systemic failures and egregious poor decision making."

The Uvalde school district had suspended its police force in October following a CNN report that showed a newly hired officer was one of the state troopers under investigation for actions that day.

Recommending Gutierrez for the interim post is one of the first major decisions from interim Superintendent Gary Patterson since taking over for retiring Superintendent Hal Harrell.

"This is our first step (we are) taking to rebuild our school district police force," Patterson said.