At least 11 suspected migrants dead, 38 others rescued from vessel that capsized near Puerto Rico 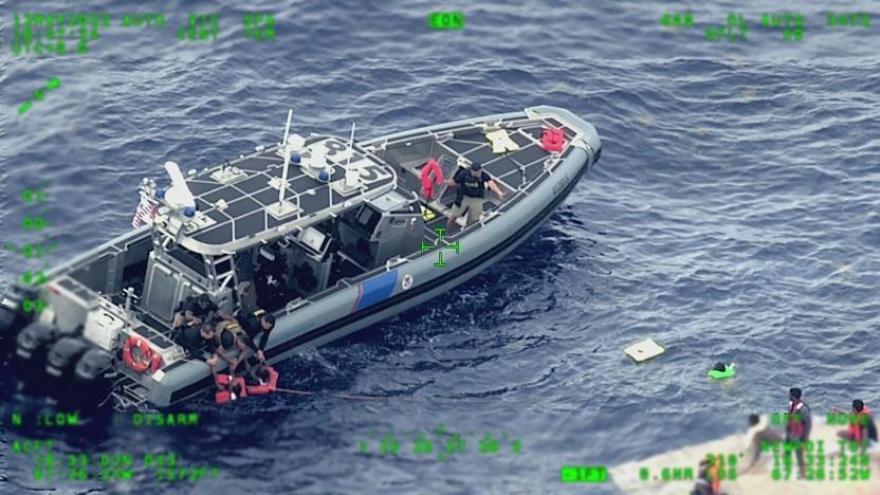 (CNN) -- At least 11 people have died and 38 suspected migrants were rescued Thursday after a vessel capsized near Puerto Rico, a US Coast Guard official said.

A US Customs and Border Protection aircrew on Thursday morning spotted the troubled vessel and people in the water about 10 nautical miles north of Desecheo Island, Puerto Rico, the Coast Guard said in a news release. The people didn't appear to be wearing life jackets.

Crews were able to pull 31 survivors from the water, a spokesperson with the US Coast Guard's 7th District told CNN. The Coast Guard increased the total survivors to 38 in a Friday update.

Of the survivors, 36 are from Haiti and two are from the Dominican Republic. Eight people are still hospitalized, according to the Coast Guard.

The search and rescue operation is ongoing, the agency said.

US Customs and Border Protection and Puerto Rican police also are on the scene, the spokesperson said. Two Coast Guard cutters are part of the search operation.