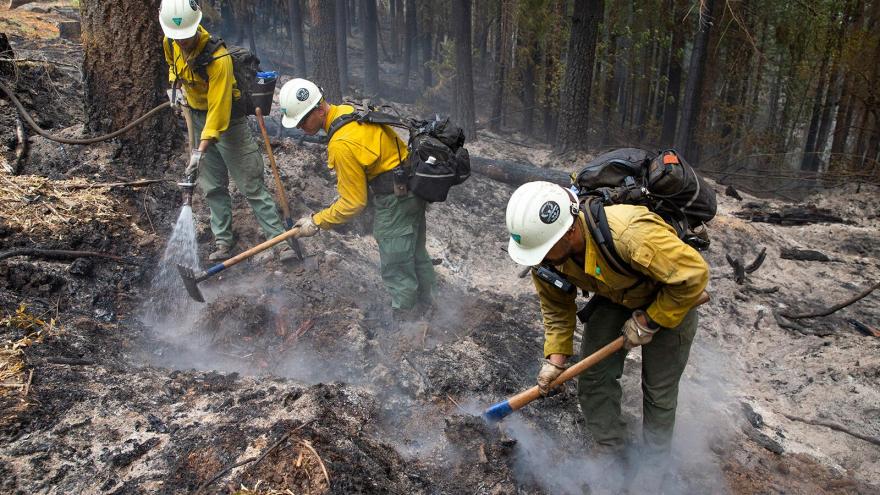 Almost 2,000 personnel are working to contain the flames, according to the fire officials.

All of the injuries so far appear to be non life-threatening, Don Ferguson, a Cedar Creek Fire public information officer, told CNN in an email.

"There have been no structures burned and no fatalities," Ferguson said.

The fire "has grown by only a relatively small percentage" in the last week, according to Ferguson. "The fire received a little rain, enough to temporarily slow growth and allow work to progress on the indirect containment strategy."

Officials are beginning to pull back resources on the firefighting process and reopen areas closed to the public, according to Ferguson. It's unclear exactly when those public areas will be reopened.

The fire began near the city of Oakridge, which is just under an hour's drive from Eugene. Almost 2,000 personnel are working to contain the flames, according to a Sunday Facebook post from Cedar Creek Fire officials. The effort includes 44 fire engines, 28 handcrews, and 9 helicopters.