Authorities say the suspected Buffalo supermarket shooter traveled from hours away. Here's what we know 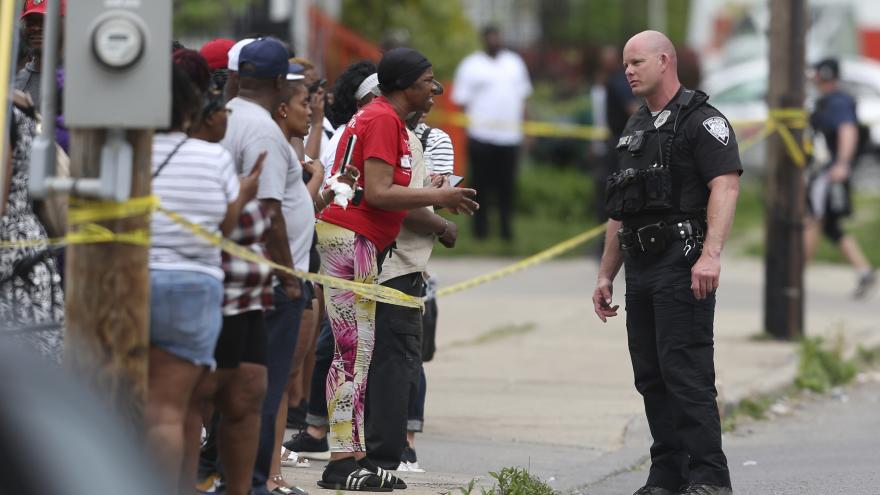 (CNN) -- Authorities say the suspect who fatally shot 10 people and injured three others at a Buffalo supermarket Saturday traveled from another New York county hours away.

"The shooter traveled hours from outside this community to perpetrate this crime on the people of Buffalo, a day when people were enjoying the sunshine, enjoying family, enjoying friends," Buffalo Mayor Byron Brown said at a Saturday evening news conference. "People in a supermarket, shopping and bullets raining down on them. People's lives being snuffed out in an instant for no reason."

The suspect, who police identified as an 18-year-old White male, began shooting in the store's parking lot and then moved inside, where he continued shooting before surrendering to police, Buffalo Police Commissioner Joseph Gramaglia said.

LIVE UPDATES ON THE SHOOTING

The FBI is investigating the shooting as both a hate crime and a case of racially motivated violent extremism, said Stephen Belongia, FBI special agent in charge of the Buffalo field office.

Here's what we know about the shooting and the investigation.

At about 2:30 p.m. Saturday, the suspect drove to the Tops Friendly Markets supermarket on Jefferson Avenue, got out of his vehicle and shot four people in the parking lot, Gramaglia said. Three of those people died while another is expected to survive, Gramaglia said.

"He was very heavily armed," the commissioner said. "He had tactical gear, he had a tactical helmet on, he had a camera that he was livestreaming what he was doing."

Livestreaming platform Twitch confirmed on Saturday that the suspect used its platform to stream a live broadcast during the attack.

The company said it was "devastated" to hear about the shooting and added that the user "has been indefinitely suspended from our service, and we are taking all appropriate action, including monitoring for any accounts rebroadcasting this content."

The suspect shot and killed the security guard and continued working his way through the store, the commissioner said. When police arrived, the suspect put his gun to his neck but later dropped the gun and took off some of his gear, he added.

He surrendered and was transported to Buffalo police headquarters.

Investigators are looking into a manifesto

Erie County Sheriff John C. Garcia said the shooting was a "straight up racially motivated hate crime from somebody outside of our community."

"This was pure evil," the sheriff said.

The supermarket is located near the areas of Masten Park and Kingsley, which are predominantly Black neighborhoods.

"You have now a White... assailant in a 71% Black community. Why did he choose this market?" CNN national security analyst Juliette Kayyem said.

When asked during Saturday's news conference about why authorities are calling the mass shooting a hate crime, Flynn, the district attorney, said investigators have "certain pieces of evidence" that "indicate some racial animosity."

"I'm not going to ... elaborate on what exactly they are right now but we have evidence in custody right now that shows that there is some racial component," Flynn said.

What we know about the victims

Of the 13 people shot, 11 are African American and two are White, said Gramaglia, the police commissioner.

Four of the people shot were store employees, he said. One, the security guard, was killed while the other three suffered "non-fatal wounds," he said.

Authorities have not yet shared any further information, including the ages of the victims.