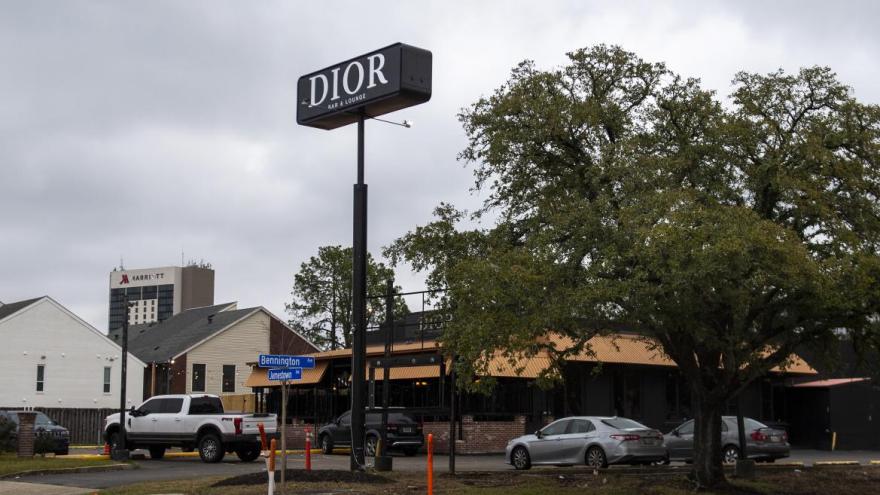 (CNN) -- Police in Baton Rouge, Louisiana, are searching for at least one suspect involved in a nightclub shooting that left a dozen people injured, according to L'Jean McKneely, Baton Rouge Police Department spokesperson.

Police are categorizing the shooting as a "targeted attack."

"This was not just a random act of someone showing up and randomly shooting citizens of Baton Rouge," said Lt. Bryan Ballard, commander of BRPD's Homicide Division, during a press conference Sunday.

Chief Murphy J. Paul, Jr. praised the immediate response of three officers outside the club at the time of the shooting, saying their response prevented further injury to the other patrons inside.

An Eventbrite listing online indicates the club was hosting a "back to school party" for Southern University and A&M College and Louisiana State University students at the time of the shooting.

Police don't yet have a motive for the shooting, spokesperson McKneely said.

Deputy Chief Myron Daniels said the investigation is being conducted in partnership with the Alcohol, Beverage, and Control agency (ABC), which oversees regulation of businesses that serve alcohol.

Daniels said ABC would be investigating the "security breach" at the event, which enabled the suspect or suspects to bring guns inside, past the event's private security.

The investigation is ongoing, and police are asking anyone with information to come forward.

"There are people in the inner circle of the person who's responsible for this, the persons who were involved in this shooting incident - their family members, their friends - there's someone who knows something," Chief Paul said. "Do the right thing."