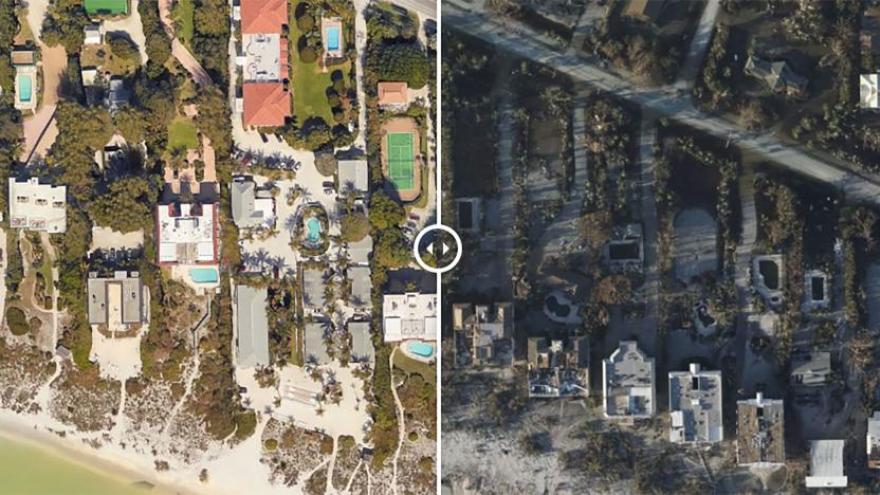 Many beach cottages that lined the shores of Sanibel Island were wiped away by Hurricane Ian’s storm surge, new aerial imagery from NOAA shows.

(CNN) -- Many beach cottages that lined the shores of Sanibel Island were wiped away by Hurricane Ian's storm surge, new aerial imagery from NOAA shows.

Most homes on Sanibel and Captiva islands are still standing, but appear to have sustained some form of roof damage, in addition to certain storm surge and flooding damage.

Near the Casa Ybel Beach Resort, large scars in the sands are seen -- the surge eroded much of the beach and dunes.

If you are unable to see the images, click here.

Shalimar Cottages & Motel is gone, too. Its 14 cottages and entire motel building were wiped away by the storm. At least four cottages -- or what remains of them -- are sitting in the street.

Mitchell's SandCastles has also been completely destroyed. There are no buildings left and the property is covered in sand.

Only one building remains of the Waterside Inn on the Beach. The only thing remaining of the eight buildings on the property, which encircle the swimming pool, is debris.

Even though storm surge is no longer covering Sanibel, a number of homes remain underwater located on the Sanibel Island Golf Club.