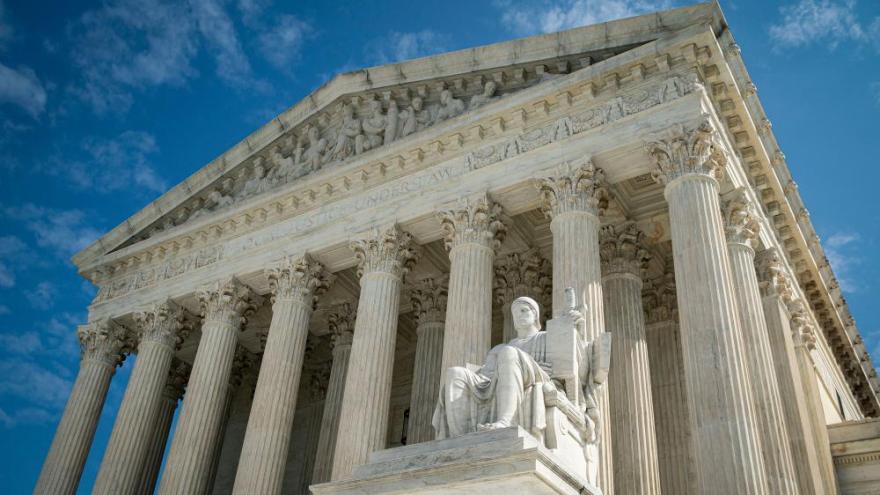 The Biden administration has asked the Supreme Court on Friday to let the student debt relief program go forward.

(CNN) -- The Biden administration asked the Supreme Court on Friday to allow its controversial student loan debt relief program to go into effect while legal challenges play out across the country.

The program promises to deliver up to $20,000 of debt relief for millions of borrowers, but has been on hold after lower courts blocked it nationwide.

About 26 million people had already applied to the program by the time a federal judge froze it on November 10, prompting the government to stop taking applications. No debt has been canceled thus far.

After receiving the government's brief, the Supreme Court asked the plaintiffs for a response by noon on Wednesday, November 23.

An "erroneous injunction" from a federal appeals court, Solicitor General Elizabeth Prelogar told the Supreme Court, "leaves millions of economically vulnerable borrowers in limbo, uncertain about the size of their debt and unable to make financial decisions with an accurate understanding of their future repayment obligations."

Government lawyers say that President Joe Biden acted in order to address the financial harms of the pandemic and "smooth the transition to repayment" in order to provide targeted debt relief to certain federal student-loan borrowers affected by the pandemic.

Payments on federal student loans are scheduled to restart in January after a yearslong pandemic pause.

The program is designed to aid borrowers who are at highest risk of delinquency or default. Once debt cancellation begins, the plan could offer up to $10,000 in student loan debt relief to eligible borrowers making less than $125,000 ($250,000 per household.)

In addition, borrowers who received a Pell grant can receive up to $20,000 in relief.

The authority exists under the Higher Education Relief Opportunities for Students Act of 2003, or the HEROES Act, the administration says. It argues the law exempts the government from otherwise applicable procedural requirements, including notice-and-comment rulemaking.

"Because borrowers who default on their student loans face severe financial consequences -- including wage garnishment, long-term credit damage, and ineligibility for federal benefits -- Congress specifically authorized the Secretary (of Education) to waive or modify any applicable statutory or regulatory provision as he deems necessary to ensure that borrowers affected by a national emergency are not worse off in relation to their student loans," Prelogar wrote in Friday's filing.

The dispute at hand is brought by a group of states, led by Nebraska, who argue that the student loan debt relief plan violates the separations of power and the Administrative Procedure Act, a federal law that governs the process by which federal agencies issue regulations.

The Biden administration stresses that the challengers can't show the legal injury necessary to bring the case to court.

But if the challengers survive that threshold issue, several conservative justices might be interested in the merits of the dispute concerning whether a federal agency has the authority to issue such broad relief. In the past, conservatives on the Supreme Court have looked skeptically at the so-called administrative state which, they say, violates the separation of powers.

A district court held that the states didn't have the legal right or "standing" to prevail, but the 8th US Circuit Court of Appeals reversed, issuing a nationwide injunction blocking the program. It relied on the "irreversible impact" the debt forgiveness action would have and the fact that the collection of student loan payments, as well as accrual of interest on student loans would otherwise be suspended while the legal challenges play out.

A separate challenge is also percolating in federal courts brought by two individual borrowers -- Myra Brown and Alexander Taylor -- who are not qualified for full debt relief forgiveness and who say they were denied an opportunity to comment on the secretary of education's decision to provide targeted student loan debt relief to some.