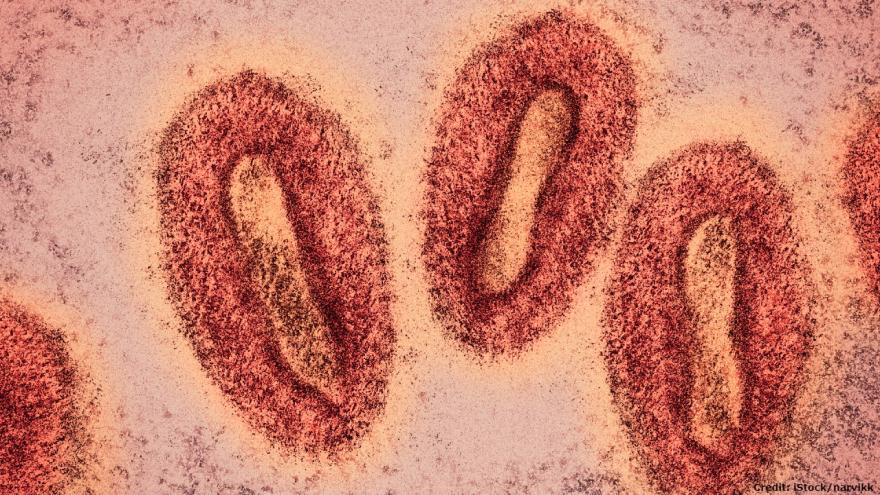 (CNN) -- The Biden administration on Thursday declared monkeypox a public health emergency, with cases on the rise across the US.

The announcement came during a briefing with the Department of Health and Human Services.

The administration has been criticized at times for its handling of the outbreak, and some have called on the government to declare a national emergency without delay.

Some cities and states, including New York City, San Francisco, California, Illinois and New York, have already declared monkeypox an emergency, allowing them to free up funding and resources for their responses to the outbreak.

On Tuesday, President Joe Biden named Robert Fenton as the White House's national monkeypox response coordinator. Fenton -- a regional Federal Emergency Management Agency administrator who oversees Arizona, California, Hawaii and Nevada -- will coordinate the federal government's response to the outbreak. Dr. Demetre Daskalakis, the US Centers for Disease Control and Prevention's director of the Division of HIV/AIDS Prevention, serves as the deputy coordinator.

The Biden administration has been heavily criticized by some public health experts for not moving faster to address the crisis.

One of the criticisms of the administration's response, as CNN reported earlier Thursday, was that HHS waited more than three weeks after the first confirmed case of monkeypox in the US to order bulk stocks of the monkeypox vaccine, which the government owns and stores in Denmark, be bottled and sent to the US for distribution. The delay was in part out of concern that once those vaccines were taken out of bulk storage, they would lose years of shelf life.

Monkeypox can infect anyone, but the majority of cases in the US outbreak have been among men who have sex with men, including gay and bisexual men and people who identify as transgender. Close contact with an infected individual is required for the spread of the monkeypox virus, experts say.

The CDC initially announced vaccines for monkeypox were being released from the Strategic National Stockpile and offered to the "high-risk" contacts of monkeypox patients, as well as the health care workers treating them. Federal health officials have since expanded vaccination efforts to focus on the broader community of men who have sex with men, the demographic that makes up most US monkeypox cases.

In addition to providing vaccines, the CDC has said since June it has made a concerted effort to do extensive education and outreach to the LGBTQ community.

Possible change to how vaccine is administered

Health officials are considering changing the way monkeypox vaccine doses are administered because the country is "at a critical inflection point" with the virus' spread, US Food and Drug Administration Commissioner Dr. Robert Califf told reporters on Thursday.

"In recent days, it's become clear to all of us that given the continued spread of the virus, we're at a critical inflection point, dictating the need for additional solutions to address the rise in infection rates," Califf said. "The goal has always been to vaccinate as many people as possible."

The commissioner said officials are considering allowing health care providers to be able to use a dose-sharing method where one vial of Jynneos vaccine -- previously used as one dose -- will be used to administer up to five separate doses.

This approach would change the way Jynneos is administered, Califf said. Instead of the vaccine being administered in the fat layer under the skin, it will be delivered underneath the skin layer.

"There are some advantages to intradermal administration including an improved immune response to the vaccine," Califf said. "It's important to note that overall safety and efficacy profile will not be sacrificed for this approach. Please know, we've been exploring all scientifically feasible options and we believe this could be a promising approach."