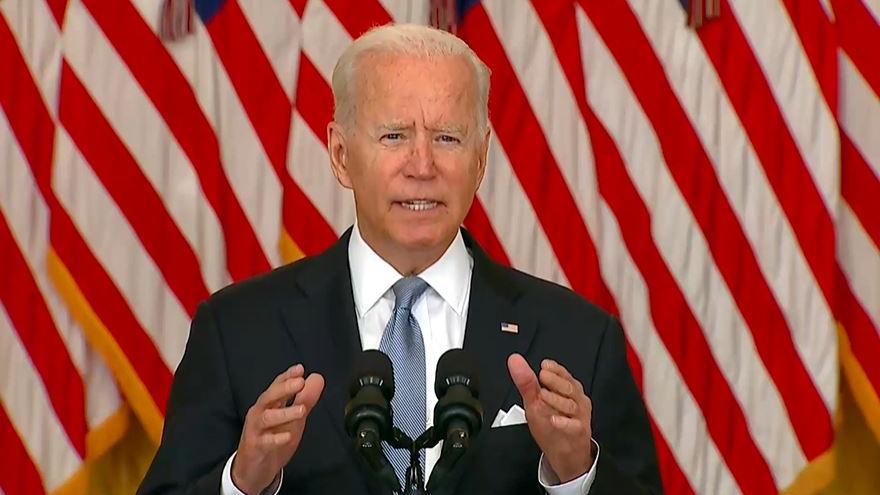 (CNN) -- The Biden administration is still seeking a return to mutual compliance to the 2015 nuclear deal with Iran but is "preparing for a world in which there is no return" to the landmark agreement, a senior State Department official said Saturday.

The official's bleak assessment following the latest round of talks in Vienna echoed strong concerns by US and European officials that the new Iranian negotiating team had not come to the table with "serious" proposals to return to adherence the deal, formally known as the Joint Comprehensive Plan of Action (JCPOA) -- an agreement with which Tehran has moved further and further away from compliance.

"It is not our preference," said the official, who briefed reporters by phone, referring to a lack of compliance. "Every day that goes by is a day where we come closer to the conclusion that they don't have in mind a return to the JCPOA in short order."

"What they have in mind is what you could call their own 'Plan B,' which is to use the talks as a cover, as a front, for continued buildup of their nuclear program to serve as leverage for a better deal for them," they said.

A seventh round of negotiations in the Austrian capital aimed at salvaging the nuclear deal -- which the US abandoned under President Donald Trump -- concluded on Friday. The US and Iran do not negotiate directly at these talks.

The senior State Department official said the concerns of the US and its European allies were shared by Russia and China, saying they wouldn't speak for those two countries, but "I think it's fair to say they also were quite taken aback by the degree to which Iran had walked back its own compromises and then doubled down on the request that it made of us and of others."

The official declined to give specifics about what Tehran had demanded during the latest round of talks but pointed to sanctions relief "well beyond" the scope of the nuclear deal.

The official said Saturday that they did not know when the next round of talks would begin. A Russian official involved in the talks indicated they would reconvene next week.

"The date of those talks, the date of that resumption, matter far less to us than whether Iran will come back with a serious attitude prepared to negotiate seriously," the senior State Department official said.

The official repeatedly declined to say when the US would walk away from the talks, nor would they go into details about what other options the US is considering should the nuclear deal become defunct.

They told reporters that at this point, despite Iran's technological advances, "which carries very troubling implications for whether the JCPOA can be revived," the US still believes the deal can be saved.

The International Atomic Energy Association (IAEA) reported Wednesday that Iran had started producing uranium enriched to 20% using advanced centrifuges at its Fordow site and that it rebuffed calls to allow the IAEA access to its Karaj nuclear site.

"I think at a minimum, they believe that they can accumulate more enriched uranium at higher levels and use more advanced centrifuges as leverage for a deal that they think they can extract more from us and give less on their part," the senior State Department official said. "I'd argue it's a negotiating tactic that's going to backfire."

The official added they would not "divine motivations" about whether Iran was seeking to become a threshold state, meaning a country with the capability to produce nuclear weapons. The Iranians have repeatedly said they are not seeking to create nuclear weapons.