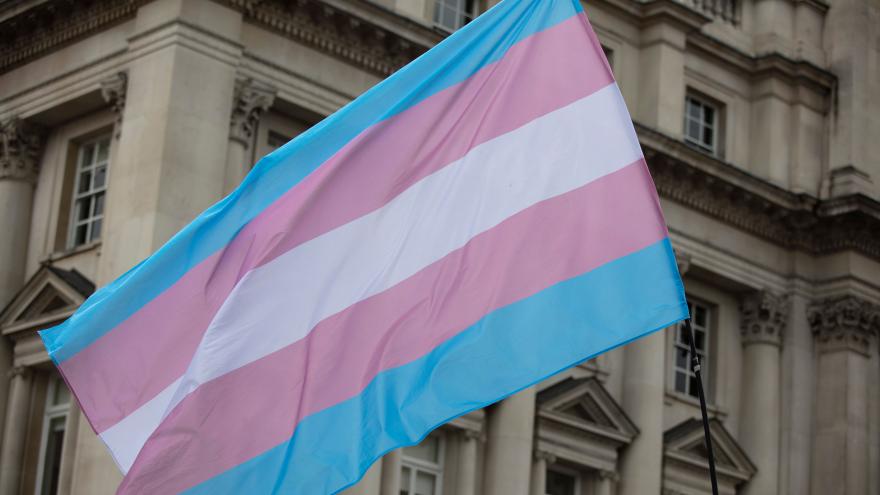 (CNN) -- President Joe Biden marked International Transgender Day of Visibility on Wednesday by issuing the first-ever presidential proclamation of its kind in recognition of the day, which aims to celebrate the achievements of trans rights activists and increase awareness about ongoing challenges transgender and gender-nonconforming people face.

"Today, we honor and celebrate the achievements and resiliency of transgender individuals and communities," Biden said in the proclamation. "Transgender Day of Visibility recognizes the generations of struggle, activism, and courage that have brought our country closer to full equality for transgender and gender non-binary people in the United States and around the world."

The President noted in the proclamation that transgender Americans "of all ages face high rates of violence, harassment, and discrimination," among other issues, and called on the Senate to pass the Equality Act, a bill recently passed by the House that would amend the 1964 Civil Rights Act to protect people from being discriminated against based on sexual orientation and gender identity.

The act "will serve as a lasting legacy to the bravery and fortitude of the LGBTQ+ movement," the proclamation said.

Biden is the first US president to issue such a proclamation, according to Rachel Crandall Crocker, a Michigan-based transgender activist and founder of TDOV, which is observed annually on March 31.

Crandall told CNN that the President's move provides the "ultimate" mark of legitimacy to the day, which began in 2009.

"It's a huge step and it's a huge, huge statement. He could not have picked a better way of showing us support," said Crandall, who serves as the executive director of Transgender Michigan, an advocacy and support group for trans and gender nonconforming communities.

Biden has shown a commitment to furthering transgender equality since taking office, something he noted in the proclamation, which mentioned his nomination of Dr. Rachel Levine, the first out transgender federal official to be confirmed by the Senate, his decision to nix a Trump-era ban on most transgender Americans joining the military and an executive order he signed on his first day in office that compels agencies to implement a recent Supreme Court decision prohibiting sexual orientation and gender identity discrimination in the workplace in laws that prohibit discrimination on the basis of sex.

"Vice President (Kamala) Harris and I affirm that transgender Americans make our Nation more prosperous, vibrant, and strong," the proclamation read. "I urge my fellow Americans to join us in uplifting the worth and dignity of every transgender person."

The President's order also comes as Republican politicians in states around the country push anti-trans laws, including ones that would make it impossible for transgender athletes to compete alongside their same-gender peers in public high schools and colleges, and measures prohibiting doctors from providing gender-affirming health care to trans youth.