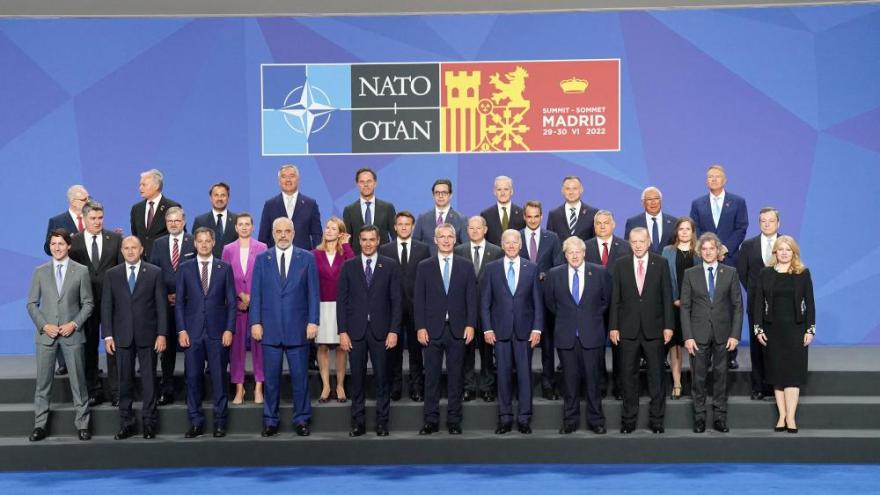 Yet after a pair of high-profile summit meetings in Europe this week, questions persist about Biden's ability to convince both his fellow leaders and the American public that the costs of supporting Ukraine and punishing Russia are still worth bearing.

Leader after leader at the two summits -- including Biden -- pledged to support Ukraine for "as long as it takes," but few were willing to offer an actual timeframe for an end to the conflict.

That contributed to a sense of foreboding that clouded the many announcements, some highly significant, at the Group of 7 in the Bavarian Alps and later at the NATO gathering in Madrid. Leaders openly warned against the growing fatigue and disinterest in the war as their populations turn away.

Here are five takeaways from Biden's trip to the G7 and NATO summits in Europe:

The alliance remains united -- for now

"Unity" was the buzzword this week as leaders sought to demonstrate they remained aligned as the war in Ukraine entered its fifth month. And despite fears of fracture, NATO leaders left Madrid with a renewed sense of purpose after years of wavering on how to approach Russia.

The alliance is poised to grow larger after formally inviting Finland and Sweden to join. The path was cleared for the two countries, each with long histories of military non-alignment, after Turkey dropped its objections, giving this summit a somewhat unexpected boost as it commenced.

Leaders made major enhancements to NATO's force posture along its eastern edge, increasing the number of high-alert troops by sevenfold. Biden announced new rotational deployments of US troops in the Baltics and Romania, new ships to Spain and planes to the United Kingdom, and for the first time, a permanent Army garrison headquarters in Poland.

After dancing around the issue for years, NATO made clear in its updated mission statement that Russia now poses the "most significant threat to Allied security." And it mentioned China for the first time, saying the budding partnership between Moscow and Beijing "runs counter to our values."

Taken together, the accomplishments amount to a foundational shift for the alliance, which has struggled for years to determine the best way to approach Russia. President Vladimir Putin, fearing the eastward expansion of the alliance, now faces a far more united collective.

"He wanted less NATO," Secretary-General Jens Stoltenberg said this week. "Now President Putin is getting more NATO on his borders."

Zelensky urges allied leaders to help him turn the tide

Despite the resolve, it is unclear whether any of the steps taken to respond to the war in Ukraine at this week's meetings in Europe -- new sanctions, more military aid and a reinvigorated NATO -- can change the battlefield momentum that currently favors Russia.

Ukrainian President Volodymyr Zelensky urged NATO leaders to help him regain the initiative during an address to the summit Wednesday, pleading for more modern artillery and sustained support to battle the Russians.

"The war should not drag on. To break the advantage of Russian artillery, we need a lot more of these modern systems, modern artillery," Zelensky said.

Biden said during a news conference he was preparing to unveil $800 million in new security assistance, including the same model of missile defense system that is used to protect airspace in Washington, DC. Other countries made similar commitments.

But the weapons still fall short of what Zelensky has requested, and for now appear unlikely to fundamentally alter the trajectory of the war. Instead, leaders hope Russia exhausts its forces and artillery, and is hampered by western sanctions in resupplying.

Western leaders still have not defined an endgame in Ukraine

Biden offered little indication in his news conference that he believed the conflict will conclude anytime soon. Instead, he suggested Americans would have to stomach high gas prices for at least a while longer.

"As long as it takes, so Russia cannot, in fact, defeat Ukraine and move beyond Ukraine," he said.

He was repeating a term used throughout this week's summit.

"Ukraine can count on us for as long as it takes," Stoltenberg told reporters in Madrid.

"We will continue to provide financial, humanitarian as well as military support for Ukraine, for as long as it takes," the G7 leaders said in a joint statement

But how long it takes remains unknown, and a point of contention, for western leaders. Some are pushing for a decisive battlefield victory; others believe more robust attempts at brokering a settlement must be made, particularly amid economic fallout at home.

"The consensus is that the war in Ukraine will go on for an extended period of time," US director of national intelligence Avril Haines told a conference Wednesday, offering a bleak assessment in the near-term of what has become a grinding conflict.

High on leaders' priority list this week was finding a way to mitigate the high cost of gas that is driving frustration among their people and causing them political headaches.

"When we agreed we were going to respond, we acknowledged there was going to be some costs to our people, our imposition of sanctions on Russia," Biden said while meeting the Spanish King this week.

Yet the scale of the price spikes have surprised many on Biden's team, and have left them in a precarious position months ahead of midterm elections.

Finding a way out of the predicament has proved challenging. Biden's attempts so far -- releasing barrels of oil from reserves, chastising oil companies and proposing a gas tax holiday -- have yielded little progress.

He did have success in convincing fellow leaders at the G7 to agree to try capping the price of Russian oil, an idea championed by his Treasury Secretary Janet Yellen. But how and when that can be accomplished was an unanswered question by the time the summit concluded. He suggested during his news conference the west could use its leverage by not providing insurance for ships carrying the commodity.

"We would not provide insurance for them so they would have great difficulty getting customers," he said.

And he hinted that one of his aims for when he next travels abroad in the Middle East would be to convince Gulf countries to increase their output -- though he denied asking his hosts in Saudi Arabia specifically to start pumping more oil.

"I've indicated to them that I thought they should be increasing oil production generically, not to the Saudis particularly," he said.

Biden's troubles at home become magnified by his successes abroad

American presidents always have more unilateral leeway on their foreign policy priorities than on their domestic agenda, which usually requires congressional cooperation.

For Biden, the phenomenon appears magnified. His muscular approach to arming Ukraine and rallying the west behind Russian sanctions bears little resemblance to his struggles advancing domestic policy at home.

Some Democrats have privately complained Biden doesn't appear willing to fight as hard for his domestic priorities, like restoring abortion and voting rights, than he is for Ukraine.

In some ways, the disparate level of success at home and abroad is exacerbated by the war in Ukraine. Biden's objectives on the foreign stage -- to punish Russia -- are making things harder for him domestically, since higher gas prices are eroding his political capital.

He is not the only leader facing severe political headwinds. The British Prime Minister, the French President and the German Chancellor are each confronting voter dissatisfaction at home.

Yet Biden seems particularly plagued by a sour national mood he seems unable to improve and even a Democratic Party that has begun quietly questioning his leadership.

As he returns to Washington on Thursday, he will find the challenges he left behind last week haven't gone anywhere.