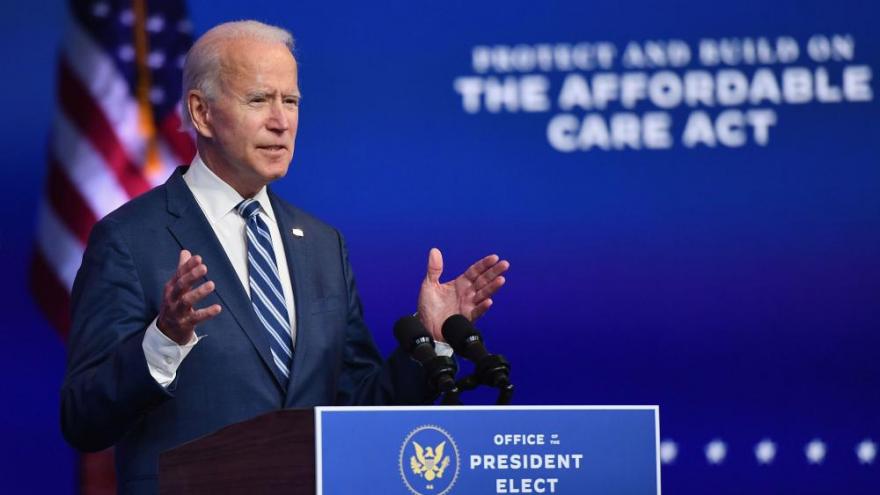 (CNN) -- President-elect Joe Biden's team is producing a celebrity-filled prime-time special for the night of his inauguration in lieu of the traditional celebrations, which have been significantly pared down due to the pandemic, a Presidential Inaugural Committee official confirms to CNN.

The special, hosted by Tom Hanks, is set to air live on ABC, CBS, NBC, CNN and MSNBC from 8:30 p.m. to 10 p.m. EST on January 20. It will feature performances from Jon Bon Jovi, who campaigned with Biden in Pennsylvania, Demi Lovato, Justin Timberlake and Ant Clemons.

The 90-minute program, titled, "Celebrating America," will also feature remarks from the President-elect and the Vice President-elect Kamala Harris and will celebrate "American heroes" like frontline workers, teachers and health care workers, among others.

"Our first priority is safety -- so while many of us will be watching safely from our homes, we are creating real moments of connection that highlight a new inclusive American era of leadership that works for and represents all Americans," said PIC CEO Tony Allen.

Politico was first to report the news of the special.

The special comes as Biden's inaugural committee has urged Americans not to travel to Washington, DC, to partake in the inaugural festivities as part of efforts to keep crowds to a minimum amid the coronavirus pandemic.

It also comes as law enforcement in the nation's capital and around the country brace for further extremist violence during the transition of power, after supporters of President Donald Trump stormed the US Capitol building in a deadly riot last week. The Pentagon has authorized up to 15,000 National Guard troops to meet current and future requests for Biden's inauguration next week, and DC Mayor Muriel Bowser has urged Americans to avoid the city.

Much like the virtual program at the Democratic National Convention, which was forced to go online over the summer in efforts to keep the virus from spreading, the inauguration will feature virtual events across the country. After Biden and Harris are sworn in to office next Wednesday at a significantly scaled-down ceremony, there will be a virtual parade that features performances in communities across the country, the inaugural committee has said.

The committee has brought on Stephanie Cutter and Ricky Kirshner as executive producers, and Rod O'Connor as a senior adviser for the virtual programming. They will work with other professionals who also helped produce the Democratic convention, as well as past presidential inaugurations, Super Bowl halftime shows and the Tony Awards.

The special will be streamed live on PIC social media channels: YouTube, Facebook, Twitter, and Twitch. Amazon Prime Video, Microsoft Bing, NewsNOW from Fox, and AT&T DIRECTV and U-verse, will also be carrying the program live.

The committee is also hosting a national memorial on January 19 to remember and honor the lives lost to Covid-19 and is asking cities and towns around the country to participate. More than 380,800 Americans have died from the virus as of Wednesday morning.

The inaugural committee will also promote the national day of service on Martin Luther King Jr. Day as part of the inaugural festivities, and will encourage the majority of events be held in a virtual format.