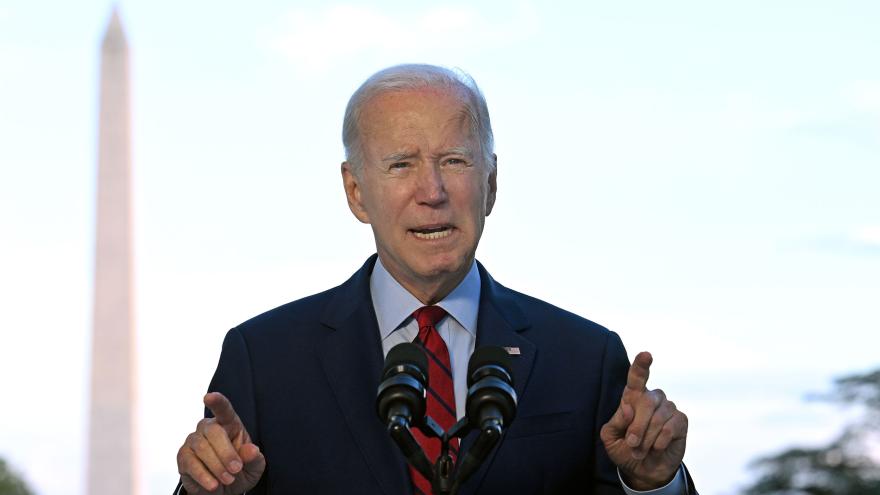 (CNN) -- President Joe Biden is scheduled to sign into law two major pieces of legislation on boosting US semiconductor production and expanding health care benefits for veterans exposed to toxic burn pits next week at the White House.

The passage of the two bills were big wins for the President, who has been isolating at the White House for the second time since testing positive on Saturday for a rebound case of Covid-19.

The two bill signings are currently scheduled to take place in person Monday and Tuesday in the White House Rose Garden. The President is scheduled to deliver remarks at both events.

The CHIPS and Science Act will subsidize US-made semiconductor chips, which are used to make cars, household appliances and computers. There has been a shortage of semiconductor chips in the wake of the Covid-19 pandemic and global supply chain disruptions.

The President and other supporters of the bill argue it will help the US compete with China and make the nation less reliant on foreign manufacturing, as well as lower the cost of gods at a time when inflation is reaching record highs.

Twenty-four House Republicans crossed over to join Democrats in backing the bill. It previously passed the Senate with broad bipartisan support.

The Honoring our PACT Act widely expands health care resources and benefits to veterans exposed to burn pits during their military service. It adds conditions related to burn pit and toxic exposure, including hypertension, to the Department of Veterans Affairs list of illnesses that have been incurred or exacerbated during military service.

The bill passed Congress on Tuesday after being held up in the Senate when Republicans temporarily blocked it from advancing. Veterans and advocates had been protesting on the US Capitol steps for days.

Comedian and political activist Jon Stewart -- a lead advocate for veterans on the issue -- called out individual GOP senators for holding up a bill that had garnered wide bipartisan support in earlier votes.

The President is currently isolating at the White House and has tested positive every day since Saturday, according to his doctor, Dr. Kevin O'Connor.

O'Connor said in a memo on Wednesday that Biden completed a "light workout" earlier in the day and is still experiencing an "occasional cough" but does not have a fever and his vitals are normal.

Due to his age, Biden is at an increased risk for a more severe case of Covid-19, although the US Centers for Disease Control and Prevention says older adults being fully vaccinated and boosted significantly reduces their risk of hospitalization and death. Biden is fully vaccinated and has received two booster shots.