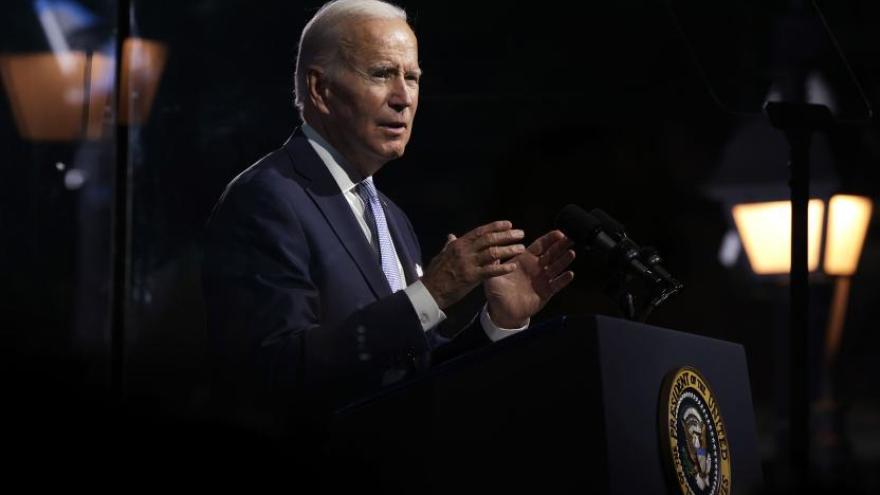 President Joe Biden cited the Democrats' $369 billion climate package, the largest such investment in US history -- one that could have significant implications for global greenhouse gas emissions and the US' standing in the world.

Biden cited the Democrats' $369 billion climate package, the largest such investment in US history -- one that could have significant implications for global greenhouse gas emissions and the US' standing in the world.

"Last month, I signed the biggest climate bill in history, biggest ever, $369 billion to slash emissions," Biden said in pre-taped remarks that aired at the festival early Sunday.

"This is a whole new chapter for America and for the planet. We have to do a lot more. I pledged $11 billion here to help poor countries fight climate change. Working with Congress, with your help we can get this done," he said.

The passage of the climate bill boosted Biden's ability to make good on his international climate commitments, putting the US on a path to slash greenhouse gas emissions from 31% to 44% below 2005 levels by the end of the decade, according to nonpartisan climate think tank Rhodium Group. Biden has also pledged to cut US emissions in half by 2030.

"From the Paris agreement, to defending democracy, to standing up to the NRA, we've seen what's possible when we come together, when we vote, when we raise our voices, and work for change," Jill Biden said. "The world is counting on us, all of us, to stand up for the values we hold dear."

The Global Citizen Festival was focused on tackling extreme poverty and took place in New York City. The Bidens' address -- which was pre-taped and aired at the festival early Sunday -- was part of an ongoing engagement between the administration and the broader coalition, including climate advocates who are attending the festival, according to the White House official.

The remarks came ahead of November's COP27 UN climate summit, which will allow Biden to further tout the climate package — this time on the international stage — after not having the necessary legislative weight behind his calls to action at last year's summit.