Black buyers are getting squeezed out of the hot housing market 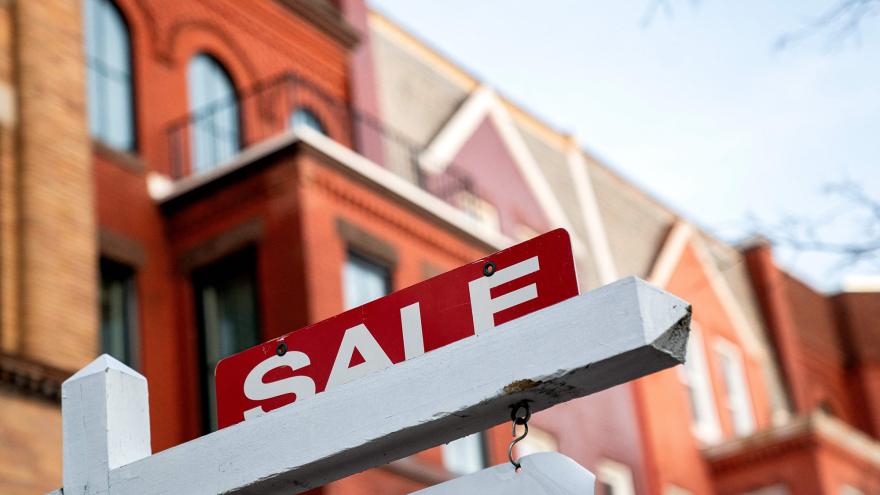 Jones, 48, planned to build equity by buying a home in the South Phoenix neighborhood where she grew up. Instead, she's on the sidelines, facing skyrocketing rent and struggling to restart the process of looking for a place of her own.

"It was very defeating, very discouraging," Jones said. "That's the American Dream. Once you buy a home, you feel that you're accomplished."

Buying a home has never been this competitive or expensive for American families, with record high home prices and now skyrocketing mortgage rates, still well above 5%. The typical monthly mortgage payment for a purchased property is up more than 30% from a year ago, according to Freddie Mac.

The market is pricing out first-time homebuyers of all backgrounds, but Black buyers face even bigger barriers.

Studies show Black homebuyers are less likely to come from wealthy families, more likely to carry debt, and pay disproportionately higher rent, making it more difficult to save for a down payment.

This week, the Biden administration unveiled an action plan to boost the supply of affordable housing and cut down the housing shortage across the United States. Officials say it should ease the housing supply shortage in five years.

But few programs are currently in place to help Jones and other prospective buyers struggling to afford a home.

That creates a huge hurdle in the current hot housing market, where investors with cash offers are buying up more property than ever to rent or flip. Investors bought a record 18.4% of the US homes purchased in the last quarter of 2021, up from 12.6% one year earlier, according to a Redfin analysis of county records.

In Phoenix, investors are particularly active, purchasing 28.4% of properties in the same timeframe.

Jones spent nearly a year trying to buy her first home there. She had started saving money and had been approved for an FHA loan that would require just 3.5% down. But with less than $6,000 set aside for a down payment, Jones couldn't compete and eventually quit searching.

"Every time I put in an offer, every time I went to look at something, I was outbid, or somebody had already grabbed it," Jones said. "I just put it on the back burner, because I can't afford what's out there right now."

Maisha Fair, Jones' realtor, says many of her Phoenix clients are facing the same predicament.

"They no longer can purchase. They're stuck in the rental market," Fair said. "And it's hurting those who live here."

Some experts expect these market conditions to widen the racial homeownership gap.

Census data show nearly 45% of Black families own their home, compared to 74% of White families. The gap has barely changed since the 1960s, when the Fair Housing Act outlawed housing discrimination.

"Unfortunately, the homeownership gap has actually widened," Jessica Lautz, vice president of demographics and behavioral insights at the National Association of Realtors, said. "The pandemic has exacerbated everything. When we look at the inequity in homeownership, we do see that Black homebuyers are having a harder time entering into the home buying market, because they have been harder hit through the pandemic."

Owning property is the primary means for families to build wealth, and it's never been more valuable. The average White household held 7.8 times more wealth than the typical Black household as of 2019, according to the Hamilton Project an economic policy initiative at the Brookings Institution.

"The homeownership gap will exacerbate the wealth gap," Andre Perry, senior fellow at the Brookings Institution, said. "When people aren't buying homes, it just makes it harder for future generations to buy homes... When we ignore wealth, we essentially bury our head in the sand to the discrimination and the barriers that preclude many people, even with high incomes, from buying a home."

Rent in the US hit a new record high in April, and is expected to keep rising. The national median rent was $1,827 per month, up 16.7% from a year ago, according to a report from Realtor.com.

"They no longer can live in a neighborhood where they know their neighbors," Fair said. "The same investors that are coming in and purchasing these homes cash are now renting to those same people that wanted to buy the home," Fair said.

Jones' rent in Phoenix rose by $400 per month. She burned through the $6,000 she had set aside for a down payment after losing her job for a few months. Now she's far more focused on making ends meet than making her dream of homeownership a reality.

"It's all money... I can't afford to even live over there," Jones said. "So yeah, it's heartbreaking."