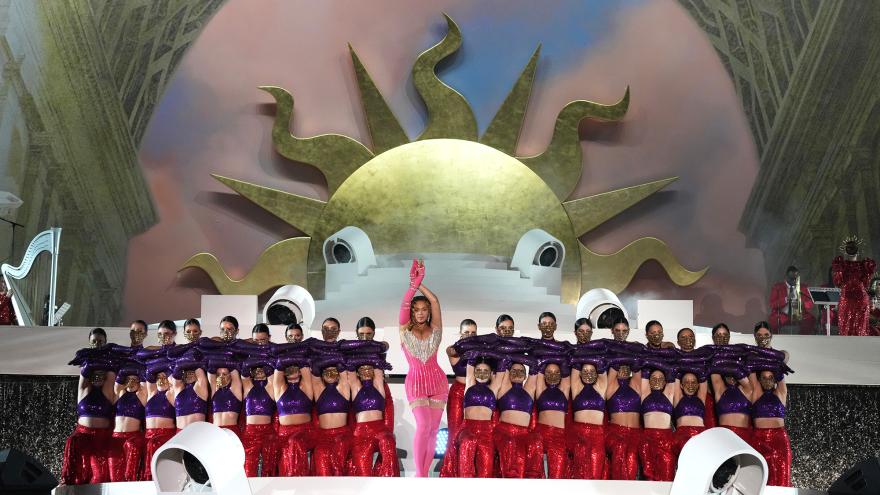 Beyoncé took to the stage for the opening of the Atlantis resort in Dubai over the weekend and was joined on stage by daughter, Blue Ivy Carter, 11, for a performance of "Brown Skin Girl."

Beyoncé also performed some of her greatest hits like "Crazy in Love," "Beautiful Liar," and "Naughty Girl," all while her husband Jay-Z looked on from a hotel room balcony in the audience. She opened the show with a cover of Etta James' "At Last" as fireworks erupted around her.

Beyond her music, her costume changes also created a buzz. Beyoncé wore multiple lavish ensembles, including a Nicolas Jebran bodysuit emblazoned with gold detail and a massive headpiece.

The last full concert Beyoncé performed was in 2018 for the Global Citizen Festival.

There to cheer her on were stars like Rebel Wilson, Kendall Jenner, Simon Huck, and Jonathan Cheban. Several celebrities took to social media before and after the performance to reveal that filming on their phones was not allowed during the show.