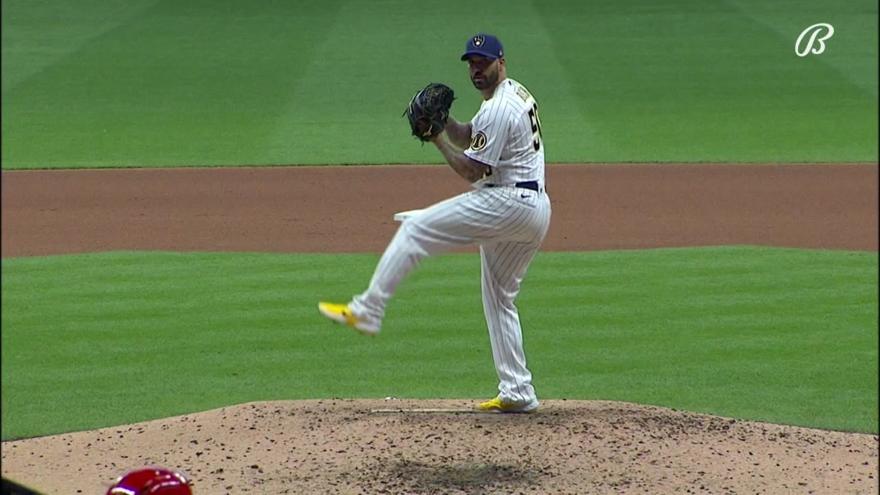 ST. LOUIS (AP) — Milwaukee Brewers opener Matt Bush has exited after recording just one out against St. Louis because of right groin discomfort.

Bush, who was starting a bullpen game for the Brewers with three starters already on the injured list, made just 15 pitches before leaving.

Bush had walked Brendan Donovan, allowed a single to Tommy Edman and got Paul Goldschmidt to ground out.

He left after making the first pitch to Nolan Arenado.

Peter Strzelecki came on in relief to finish the inning.

The Brewers are playing the first of two against the Cardinals.