British royals offer a look inside Buckingham Palace's renovations, as the Queen's home gets a facelift 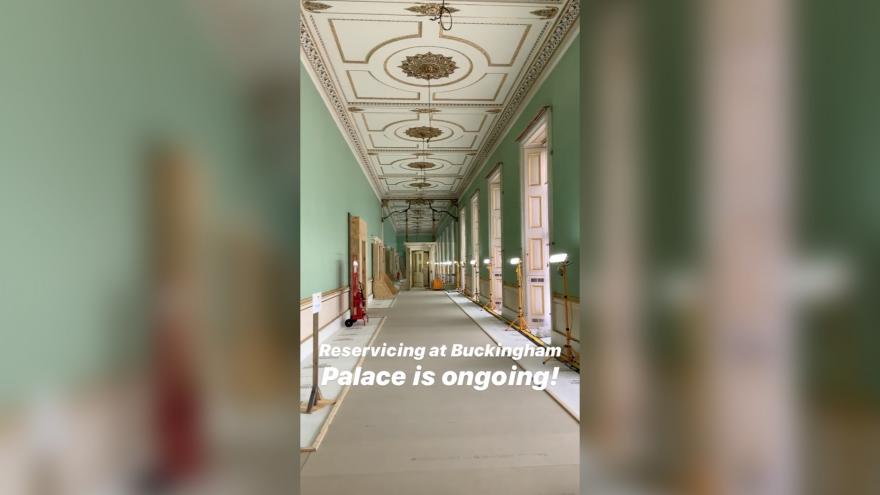 (CNN) -- The British royal family have offered a look inside the major refurbishment of Queen Elizabeth II's home, Buckingham Palace.

In a series of videos posted to the royals' Instagram page on Monday, the family's social media team toured a few of the building's ornate rooms and hallways, which have been turned into construction sites as part of the £369 million ($458 million) project.

They also shared a newspaper clipping dating back to 1954 and a collection of old cigarette packets, which were discovered during the works. 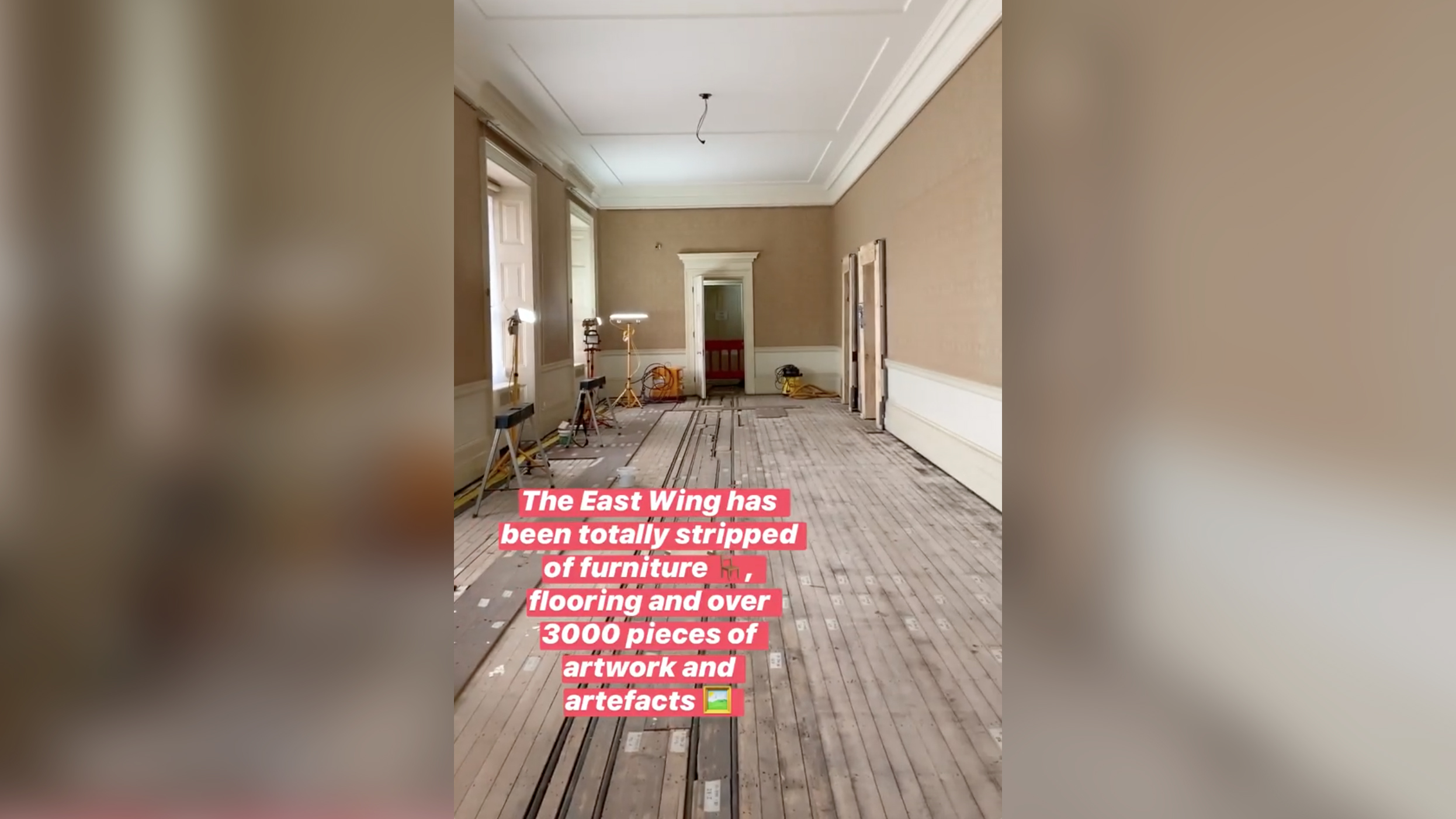 The ten-year refurbishment of the palace is needed to replace wiring and pipes on the property -- some of which are more than 60 years old.

The most critical work began in 2017, but the exterior of the palace has remained unchanged and the Queen has stayed in residence.

Some high-profile guests, however, have been forced to find other accommodation due to the renovations. 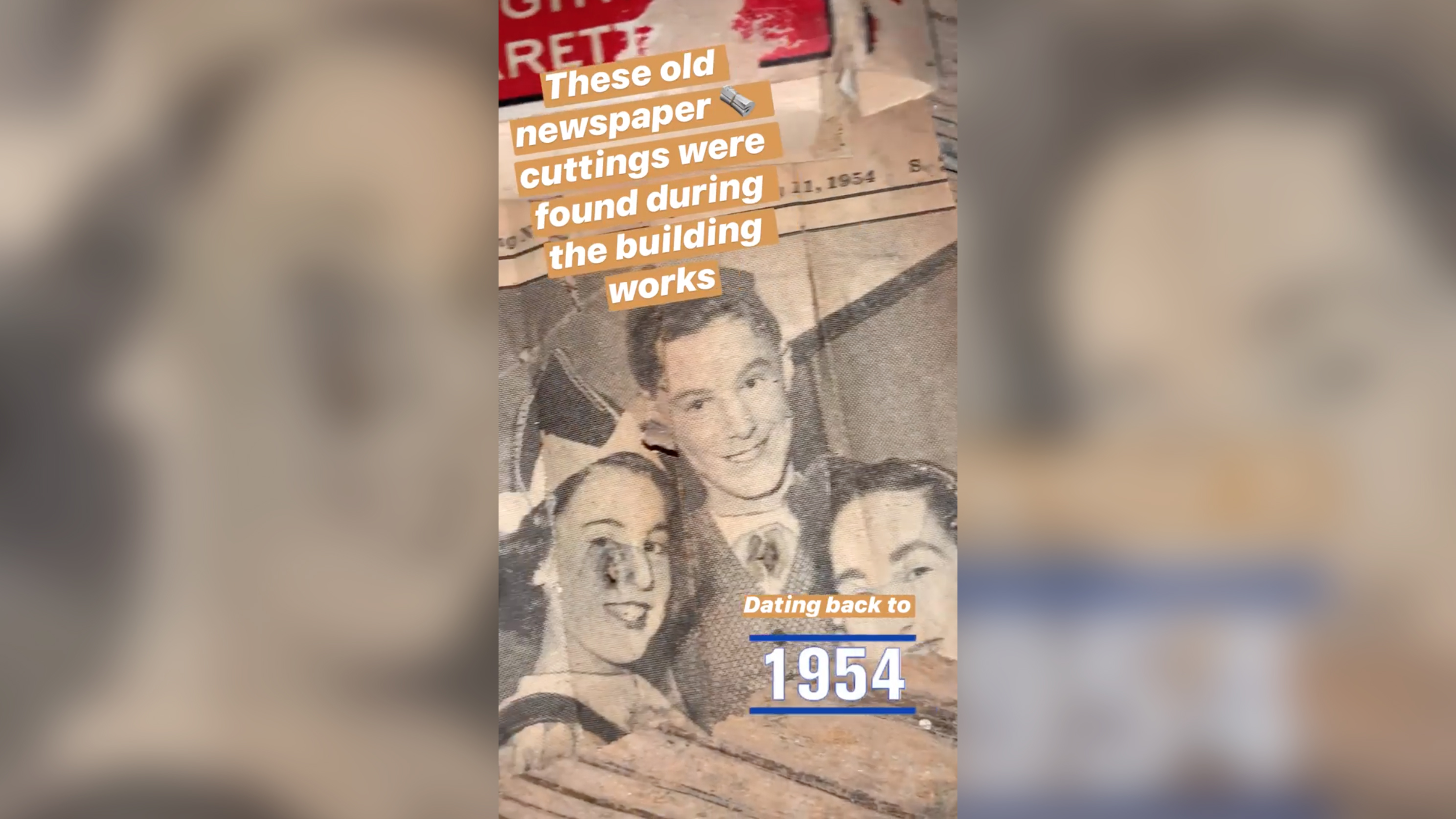 US President Donald Trump was unable to stay at the palace during his state visit last year, and instead had to stay at the US Ambassador's official residence in Regent's Park.

The palace attracts millions of tourists each year. It has been the official London residence of the UK's sovereigns since 1837.

Other nearby royal sites have also had a facelift recently, including Frogmore Cottage -- the official residence of the Duke and Duchess of Sussex, who spent £2.4 million (about $3 million) doing up the home last year.

The couple will repay that amount now that they have stepped back from the royal family, Buckingham Palace has confirmed. 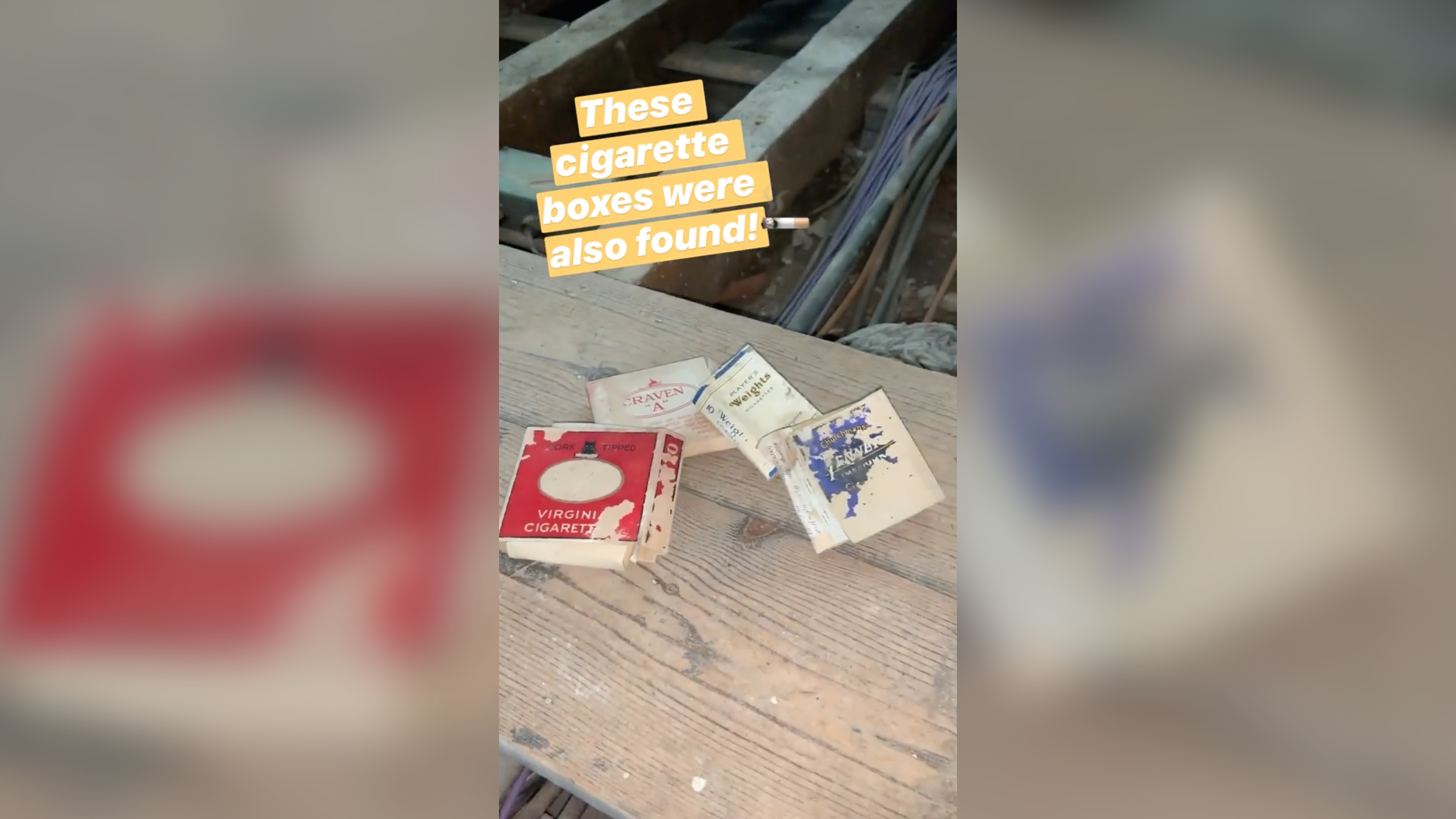 Meanwhile, another iconic London landmark -- Big Ben -- is currently under a sheet of scaffolding.

Earlier this month, workers discovered "extensive" World War II bomb damage on the tower that houses Big Ben. Shortly after these works are finished, the Houses of Parliament will undergo a massive, £3.5 billion ($4.5 billion) restoration program.

Blood centers say need is greater than ever amid coronavirus outbreak