Changing your energy-wasting ways is very doable. Take it one step at a time 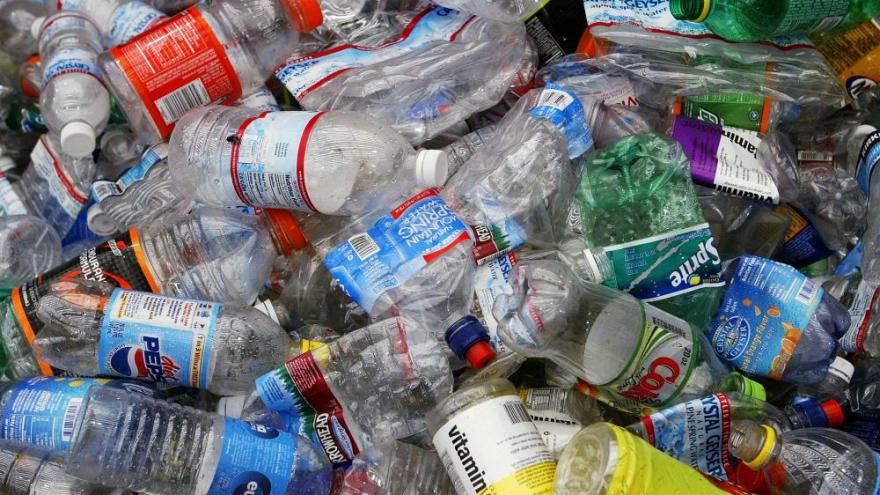 A lot of people feel overwhelmed trying to make changes that help the planet. Conservation psychologist Janet Swim says people often think their actions won't have enough of an impact to matter.

(CNN) -- Rachel Bridge, for the most part, is environmentally "woke." The Coloradan is big on recycling and reusable grocery bags.

"It definitely hurts my heart to see people walk out of the market with like 20 plastic double bags," she said. "I always bring my own bags. I have bags in my car and a zillion at home."

When she, her husband and two teenage boys leave the house, she shuts everything down. And she tries to buy local food and is concerned about how many car trips she makes during the day, to "not drive back and forth with four errands to my house... to minimize the emission from my car."

Bridge is among the 63% of Americans who say they try to live in ways that help the environment, "some of the time," according to a Pew Research study.

Bridge's actions come as about 70% of Americans say they want the U.S. to take "aggressive" action to combat climate change, according to a Reuters/Ipsos poll last June.

What can I do? It's just me

A lot of people feel overwhelmed trying to make changes that help the planet. Conservation psychologist Janet Swim says people often think their actions won't have enough of an impact to matter. "It's like, 'What can I do? It's just me.'"

But it does matter. A lot. It's just like voting, the Pennsylvania State University professor says. "I vote. I'm only one person. That one action is an important action to take. We work together as a collective to do things," she said.

And there's the multiplier effect. "Small behaviors matter particularly when accumulated across time and across people," Swim said.

In fact, household behavior can make a substantial difference reducing greenhouse gas emissions, according to researchers from Michigan State University and Vanderbilt University.

Most of that potential comes from adopting energy-efficient behaviors. Their research lists 17 steps that each American can take, including carpooling, weatherizing houses and driving fuel-efficient vehicles. If every American takes these steps, according to these researchers, it will cut the total U.S. household emissions by 20% over ten years -- an amount equal to the entire emissions output of France.

Swim says people need to feel motivated by changes they make to help the environment.

"If you think the only things you can do are recycling and changing light bulbs (to LEDs), it's not very empowering. It's a sense of it's just me doing one little thing," she said.

But Swim also says there's what psychologists call a "spillover" effect from one behavior to another. "Start with your plastics, but don't stop there. Start expanding it. The more people say 'I'm doing this for the environment,' the more likely they will look for other things," she said.

People's defaults are plastic and light bulbs, Swim said, adding "but there's also transportation, food and heating and cooling of your home."

Throwing away less of what we eat is the number one thing people can do to make a difference for climate change, according to Swim and the group Project Drawdown.

"We use a lot of energy to produce food and then we just throw that energy away if we're just tossing it," she said.

As a consumer, Swim says, you can learn to manage your refrigerator better. Take produce out of plastic bags to slow the decay process and don't wash produce until you're ready to eat it (to slow mold growth).

Think about food miles - how far did your peach travel to get to your plate from its origin? Try to eat local.

Don't be obsessed with buying the pretty produce - so much of what's thrown away at grocery stores is bruised fruit no one wants to pick up.

When it comes to beef "all the energy used to produce food to feed cows" is part of the problem, Swim said. "If we just ate the food directly it would be a more efficient use of energy."

What car do you drive? If you're in the market for a car, "purchase one that gets good mileage and don't drive it everywhere," Swim said.

Think about taking alternate transportation to work when you can -- the light rail or the train. Walking can be good for your mental health, too.

"Walk down a tree-lined street. It allows you that space between work and home. Work is intense or stressful. By the time you've gotten home you've worked through some things," Swim said.

Heating and cooling your home, other appliances

Think about lowering your thermostat a couple of degrees so you're using less energy. Use a fan in any room that you want to cool.

"It can make you feel like you're two degrees cooler and you don't have to cool your entire house," Swim said.

Make sure you have energy efficient appliances when it's time to replace your HVAC, washer/ dryer or dishwasher. And, Swim says, you don't need to set your clothes washer on "hot" or even "warm." Soaking in cold water and soap does the trick,she said.

If your state offers you the option of choosing what type of energy you want to use to heat or cool your home, always choose renewable energy instead of coal, Swim said.

Companies and public policy makers have the biggest influence when it comes to helping slow climate change. But you can influence people around you - one friend, one neighbor at a time.

"If you belong to a religious congregation, what is your congregation doing? Is there a neighborhood association, a committee, a meeting in your apartment complex? You can go to them and talk to them," Swim says. "Try to get information. Get feedback, find out. Ask how much energy do we use in this building? Who controls the temperature?"

Swim says talk about your awesome walk home or that electric car you just leased.

We influence each other. You begin to understand, "people in my group eat plant-based foods, they don't throw things away, and they walk when the can, " said Swim.

Don't beat yourself up, and other tips

Many grocery and department stores still bag your purchases in plastic. Fine, take it. But make a plan to do better.

That's what conscientious Bridge did.

"There have been many times I'm in the market and realize I don't have a bag," Bridge said. Now she keeps several of those reusable bags in her car and home at all times, so she doesn't go without.

Think about the hundreds of years it takes for the earth to dissolve that bag in the landfill -- and the impact plastic has on wildlife and it will become a priority for you.

"Don't beat yourself up. I'm doing the best I can. When I learn something, I try to put it into practice," said Bridge.

Her two teenage sons may throw empty shampoo bottles in the trash, but she digs them out.

"Sometimes I get resistance (from family), I'm kind of driving the ship. My family catches on."

"I come from a big consumer family. That was the way I knew. I'm just trying to consume less."