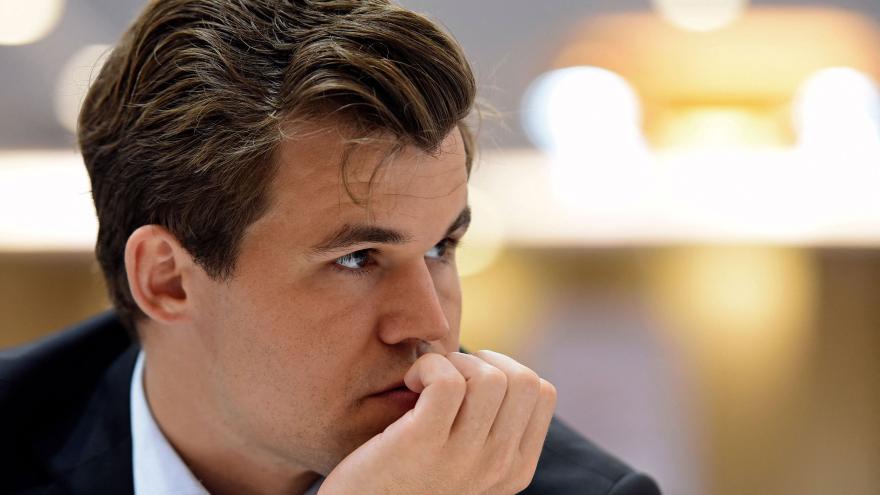 The statement, which was made via a Twitter post, follows Carlsen's recent withdrawalfrom the 2022 Sinquefield Cup in Saint Louis after his third round defeat against Niemann and his withdrawal against the American after making just one move during the Julius Baer Generation Cup on September 20.

Carlsen had not previously made any explicit allegations of cheating against Niemann, who denies any wrongdoing.

In the statement Carlsen said, "When Niemann was invited last minute to the 2022 Sinquefield Cup, I strongly considered withdrawing prior to the event. I ultimately chose to play.

"I believe that Niemann has cheated more - and more recently - than he has publicly admitted. His over the board progress has been unusual, and throughout our game in the Sinquefield Cup I had the impression that he wasn't tense or even fully concentrating on the game in critical positions, while outplaying me as black in a way I think only a handful of players can do.

"This game contributed to changing my perspective."

Carlsen said he believes "cheating in chess is a big deal and an existential threat to the game" and he thinks "chess organizers and all those who care about the sanctity of the game we love should seriously consider increasing security measures and methods of cheat detection for over the board chess."

Over the board chess is played face to face, rather than online. Carlsen did not provide details about how Niemann may have cheated.

Carlsen went on to note he has no intention of playing against anyone who has cheated repeatedly in the past because he "doesn't know what they are capable of doing in the future," before explaining why he hasn't spoken publicly before now.

"At this time I am limited in what I can say without explicit permission from Niemann to speak openly," the 31-year-old Norwegian said.

"So far I have only been able to speak with my actions, and those actions have stated clearly that I am not willing to play chess with Niemann. I hope that the truth on this matter comes out, whatever it may be."

Carlsen's statement is the latest twist in a saga which has consumed the chess world since his defeat to Niemann and subsequent withdrawal from the Sinquefield Cup.

On Friday, the International Chess Federation (FIDE) reprimanded Carlsen in a statement for resigning from the match against Niemann after just one move but added that it shared the world No.1's "deep concerns about the damage that cheating brings to chess."

FIDE also said in the statement, "We strongly believe that there were better ways to handle this situation."

Days after the Sinquefield Cup match, Niemann publicly responded to allegations that he had cheated earlier in his chess career. The 19-year-old admitted to cheating at the ages of 12 and 16 but said in an interview with the St. Louis Chess Club he had never cheated in over-the-board games.

"I'm saying my truth because I do not want any misrepresentation," said Niemann. "I am proud of myself that I have learned from that mistake, and now I have given everything to chess. I have sacrificed everything for chess."

Carlsen went on to win the Julius Baer Generation Cup despite his withdrawal against Niemann.