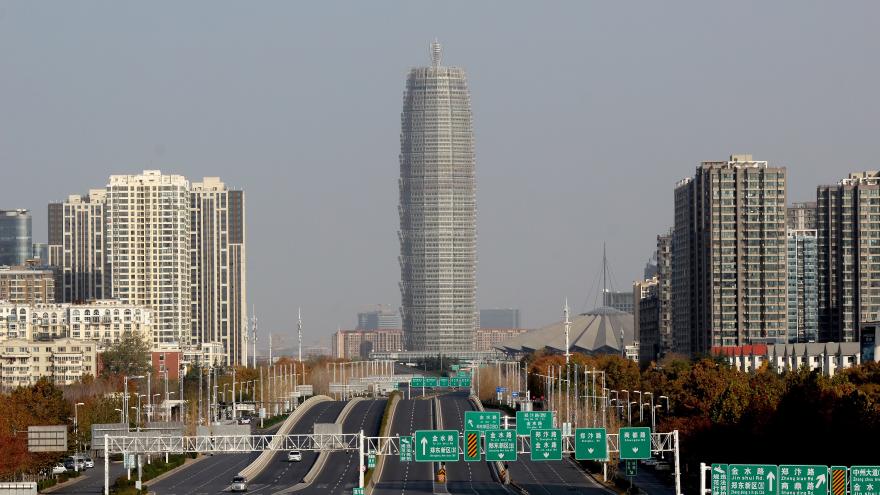 (CNN) -- The central Chinese city of Zhengzhou, home to the world's largest iPhone factory, has lifted a five-day Covid lockdown, in a move that analysts have called a much-needed relief for Apple and its main supplier Foxconn.

Zhengzhou is the site of "iPhone City," a sprawling manufacturing campus owned by Taiwanese contract manufacturer Foxconn that normally houses about 200,000 workers churning out products for Apple, including the iPhone 14 Pro and 14 Pro Max. Last Friday, the city locked down its urban districts for five days as Covid-19 cases surged there.

Local authorities lifted lockdowns in several districts of Guangzhou on Wednesday, according to Chinese state media. The relaxation of restrictions imposed earlier this month in the manufacturing and transportation hub came after residents clashed with police Tuesday. Videos circulating on social media showing residents shouting "lift the lockdown."

Foxconn's massive facility is not part of Zhengzhou's urban districts. However, analysts say the lockdown would have been detrimental to efforts to restore lost production at the campus, the site of a violent workers' revolt last week.

"This is some good news in a dark storm for Cupertino," Daniel Ives, managing director of equity research at Wedbush Securities, told CNN Business, referring to the California city where Apple is based. "There is a lot of heavy lifting ahead for Apple to ramp back up the factories."

Ives estimates the ongoing supply disruptions at Foxconn's Zhengzhou campus were costing Apple roughly $1 billion a week in lost iPhone sales. The troubles started in October when workers left the campus in Zhengzhou, the capital of the central province of Henan, due to Covid-related fears. Short on staff, bonuses were offered to workers to return.

But protests broke out last week when the newly hired staff said management had reneged on their promises. The workers, who clashed with security officers, were eventually offered cash to quit and leave.

Analysts said Foxconn's production woes will speed up the pace of supply chain diversification away from China to countries like India.

Ming-Chi Kuo, an analyst at TF International Securities, wrote on social media that he estimated iPhone shipments could be 20% lower than expected in the current October-to-December quarter. The average capacity utilization rate of the Zhengzhou plant was only about 20% in November, he said, and was expected to improve to 30% to 40% in December.

Total iPhone 14 Pro and 14 Pro Max shipments in the current quarter would be 15 million to 20 million units less than previously anticipated, according to Kuo. Due to the high price of the iPhone 14 Pro series, Apple's overall iPhone revenue in the current holiday quarter could be 20% to 30% lower than investors' expectations, he added.