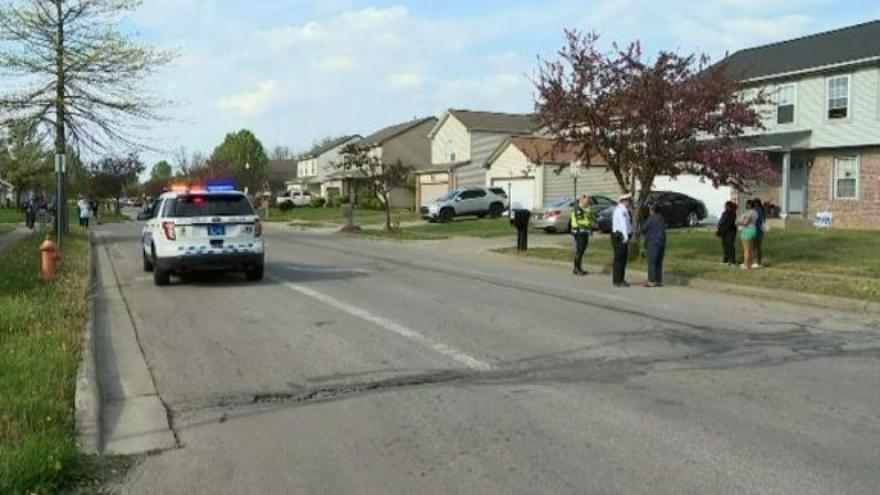 (CNN) -- A Columbus, Ohio, police officer shot and killed a Black teenager Tuesday afternoon after she attempted to cut two females with a knife, according to officials and body camera footage shown to the media.

The girl's mother, Paula Bryant, and the Franklin County Children Services identified her as Ma'Khia Bryant. Although local law enforcement identified her as 15 years old at a news conference Tuesday, the FCCS gave the girl's age as 16 and said she was a foster child in its care.

"We know based on this footage, the officer took action to protect another young girl in our community," Columbus Mayor Andrew Ginther said at the news conference. "But a family is grieving tonight and this young 15-year-old girl will never be coming home."

The shooting happened about 30 minutes before the verdict was delivered in the killing of George Floyd. A jury found former Minneapolis police officer Derek Chauvin guilty of all three charges against him.

"As we breathed a collective sigh of relief today, a community in Columbus felt the sting of another police shooting," Floyd family attorney Ben Crump tweeted.

And Ma'Khia's killing comes at a time when police use of force around the nation -- and in Columbus specifically -- is under new scrutiny. In February, former Columbus police officer Adam Coy was indicted on charges related to the fatal shooting of Andre Hill, a 47-year-old Black man.

In Tuesday's shooting, police received a call at 4:32 p.m. indicating "females were there trying to stab them and put their hands on them," Columbus Interim Police Chief Michael Woods said Tuesday night.

When police arrived, the first officer on the scene approaches a group in the driveway of a home, according to that officer's bodycam footage.

The video shows a teen quickly move toward another girl with what appears to be a knife, and the girl falls to the ground. The officer yells, "Hey, hey, hey, hey. Get down!" before she appears to lunge at a second girl with the knife, according to the video.

One officer attends to the shooting victim, who police are not identifying. Officers assessed the girl for injuries and summoned a medic, as is protocol, Woods said.

"Ma'Khia had a motherly nature about her. She promoted peace. That is something that I want to always be remembered," Paula Bryant told TV station WBNS.

A neighbor of Ma'Khia Bryant told "New Day" that video of Ma'Khia's death demonstrated that the teen "was the aggressor."

"I can certainly see why the police officer chose to stop her. Now, whether or not less lethal force could have been used, whether or not a Taser could have been chosen instead of a gun -- I don't know," Ira Graham III told CNN's John Berman. "But I do know that with Ma'Khia having that lethal weapon in her hand, she did need to be stopped."

Police did not have any information on whether the two other individuals were injured, Woods said.

The officer will be taken off the street while an investigation by the Bureau of Criminal Investigation (BCI) in the Ohio Attorney General's Office takes place, Woods said. The investigation then goes to the Franklin County Grand Jury and then back to the police department for an internal review, Woods said.