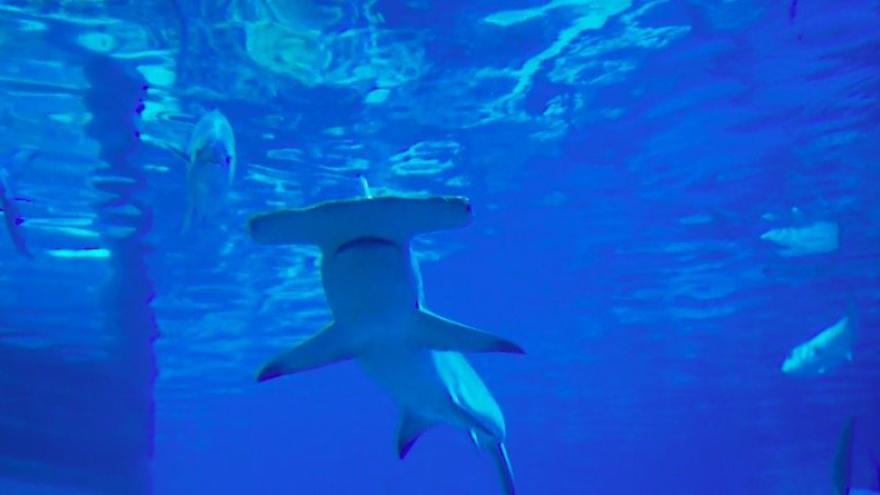 His name is Dutch! He’s a critically endangered, Great Hammerhead shark that just arrived from the Georgia Aquarium.

Kinsler says Great Hammerheads are at the top of the food chain as the most skilled predators in the world of sharks.

Dutch’s oddly placed eyes not only give him a visual advantage, but he can pick up on electrical signals from other fish, including stingrays that might be buried in the sand, one of a hammerhead's favorite meals

If you’re wondering what Dutch eats, he’s fed a little over one pound of fish six days a week, and on the other day, he fasts.

Kinsler says Great Hammerheads are critical to the health of our oceans.

”They help manage the other fish and animal populations in our oceans. If we didn’t have those apex predators, that could mean those populations would bloom and crash and create real challenges with the natural environment, and it would completely go out of balance,” Kinsler said.

Dutch is estimated to be what’s called a sub-adult or about 5 to 6 years old.

In another two years, when he reaches adulthood, Kinsler says he’ll grow to about 10 feet long and 500 pounds.

If you want to see Dutch, you’ll find him at SeaWorld’s Shark Encounter.

He’s easy to spot; just look for the shark who’s giving you the side eye.