Cruise ship rescues 17 migrants from vessel near the Bahamas 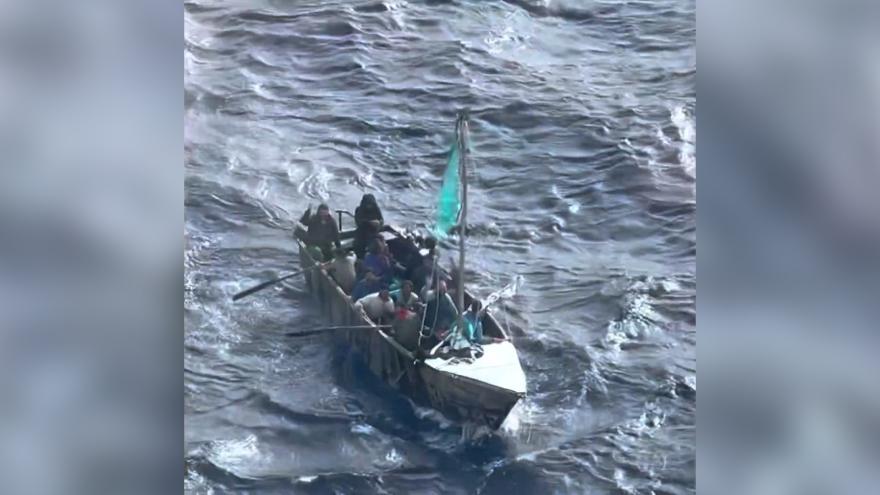 (CNN) -- Seventeen migrants were taken onboard a Royal Caribbean cruise ship Saturday after it encountered a small vessel adrift on its way to the Bahamas, according to a statement from the cruise line.

The Liberty of the Seas was sailing to the Bahamas when it encountered a small vessel adrift and in need of assistance, according to Royal Caribbean officials.

"The ship's crew immediately launched a rescue operation, safely bringing 17 people onboard. The crew provided them with medical attention and is working closely with the United States Coast Guard," the statement said.

RacQuelle Major-Holland, a passenger on the cruise liner, told CNN the captain made an announcement their ship was diverting from its path to Nassau to see whether the small boat needed help.

"He shared there appeared to be people onboard and he mentioned the maritime law that ships have to check in and rescue if needed," Major-Holland said Monday.

She said the small boat was hard to see at first but within about 45 minutes of the announcement, the people were onboard the Liberty of the Seas.

"The individuals on the boat were waving and ... they were smiling and happy to be rescued," said Major-Holland, a travel blogger from Pickerington, Ohio.

Video that Major-Holland recorded shows the boat getting closer to the ship. The tiny craft has just a few oars and a piece of tattered green fabric from what appears to be a makeshift flagpole.

Officials didn't identify what country the people in the boat were from, but the rescue comes during a surge of Cubans and Haitians attempting to make it to the United States.

It isn't new for cruise ships traveling near Florida to come upon boats of migrants. But a series of recent rescues and social media posts about them have brought a fresh wave of attention to these dramatic moments at sea and the migration crisis behind them.

The small boat in this case was in Bahamian waters and the people onboard reported there was another vessel out as well, a spokesperson from the US Coast Guard District Seven told CNN.

Because of the location of the vessels, the Bahamian authorities are leading the investigation with assistance from the Coast Guard.

CNN has reached out to the Bahamian Defense Force for additional information.