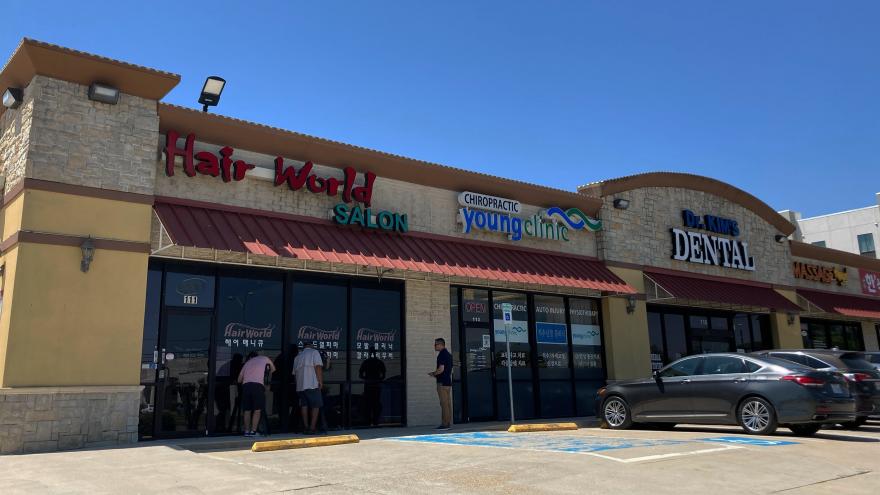 (CNN) -- Dallas police believe three recent shootings at Asian-run businesses in the area may be connected, and may be hate-motivated, Chief Edgardo Garcia said in a Friday news conference.

The latest shooting took place on Wednesday at a Korean-owned hair salon, police said. At the time, authorities said a suspect ran into the business, shouted something and began shooting. Three women suffered non-life-threatening injuries.

"At that time in the investigation, we did not have any indication that this crime was hate-motivated. As of this afternoon, that has changed," the chief said Friday.

After reviewing two other incidents, police now believe there's a connection, partly because of the suspect's vehicle, the chief said.

In Wednesday's shooting, a witness described the suspect running back to a red, older-style minivan and speeding away, police said.

A day earlier, a suspect in a burgundy van or car drove by and shot into an Asian-run business, police said. Three people were in the building but were not injured.

And roughly a month before those incidents, on April 2, a vehicle drove past a strip mall of Asian-run businesses "where shots were fired at three businesses," Garcia said. Witnesses described the vehicle as a red minivan, he said.

Dallas police reached out to partners including the FBI "out of an abundance of caution," to make them aware of their findings, and have also reached out to other Texas agencies to see if there may have been any other similar incidents, Garcia said Friday.

"To safeguard our community, we will be utilizing camera trailers in certain areas and every patrol station has been advised to increase visibility patrols in the areas of our Asian community," Garcia said. "Most important, we are turning to every resident of the city of Dallas to keep an eye out and safeguard our city. Hate has no place here."

Authorities are also asking for the community's help in identifying the suspect.

So far, Dallas police have described the suspect in Wednesday's shooting as "a Black male approximately 5'7" to 5'10", with a thin build, curly medium-length hair and a connecting beard."

"We need to get this person in custody," the chief said. "We need our community's help."

Dallas Mayor Eric Johnson said the possibility that the shootings were motivated by hate is "chilling and deeply disturbing."

"I want our city's Asian American community -- which has appallingly faced increasing vitriol in recent years -- to know that the City of Dallas and the people of Dallas stand with them," Johnson said in a statement Friday.

"Hate has no place in our city," the mayor said.