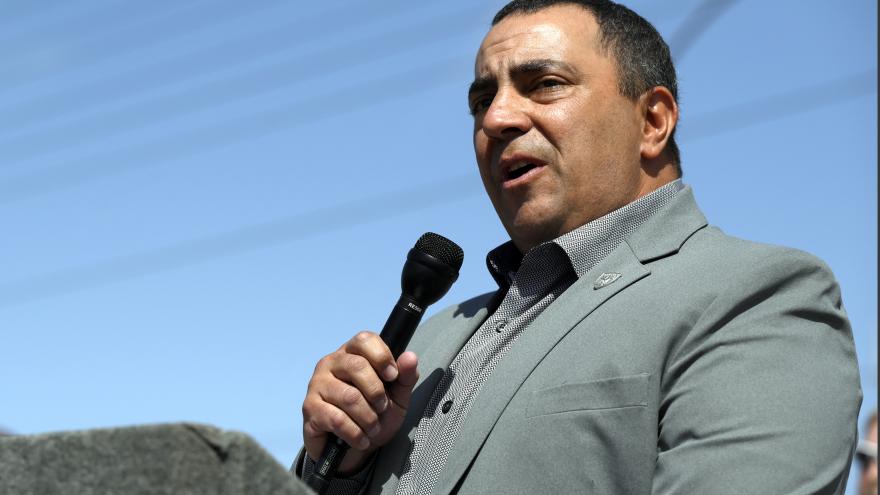 Davis didn't provide a reason for the termination in the statement, which was posted on the NFL team's Twitter account.

"Dan Ventrelle is no longer with the Raiders organization," Davis said in the statement. "We will have no further comment at this time."

However, in a statement sent via text message to the Las Vegas Review-Journal Friday afternoon, Ventrelle said he was fired as retaliation for informing the league of alleged complaints claiming Davis created a hostile work environment as well as other potential misconduct, which he says Davis dismissed.

"I have committed almost 18 years of my life to the success of the Raiders as General Counsel and President. I take that responsibility very seriously, which is why multiple written complaints from employees that Mark created a hostile work environment and engaged in other potential misconduct caused me grave concern," Ventrelle told the Review-Journal.

When confronted about the issues, Davis was "dismissive did not demonstrate the warranted level of concern," Ventrelle said.

"Given this, I informed the NFL of these issues and of Mark's unacceptable response. Soon thereafter, I was fired in retaliation for raising these concerns," he said, noting that he stands by his decision.

"I remain committed to doing everything in my power to support the Raiders and the Las Vegas community I now call home," Ventrelle said, adding he has "retained counsel and will have no further comment at this time."

When asked by the Review-Journal about Ventrelle's allegations, Davis said he was aware of them and wouldn't comment.

"The only thing I want made clear is that Dan Ventrelle was never president of the Raiders. He has always been the interim president," Davis told the Review-Journal.

"The interim was always a temporary designation to determine whether he would be the (full-time) president or not. I want that clear -- he is not the president of the Las Vegas Raiders. Never was. I think there's a misconception about that," Davis added.

Neither Ventrelle nor the Raiders organization has responded to CNN's request for comment.

The NFL said it was aware of the allegations and would review them.

"We recently became aware of these allegations and take them very seriously," NFL spokesperson Brian McCarthy said in a statement to CNN Saturday. "We will promptly look into the matter."

CNN could not independently confirm what led up to Ventrelle being fired and has reached out to the NFL for further comment.

Ventrelle, 46, was named the Raiders president before the 2021 season. He joined the organization in 2003 and was the executive vice president and general counsel before his promotion last year.

Within the past year, former Raiders head coach Jon Gruden resigned after reports emerged of him using homophobic, racist and misogynistic language in emails while he worked as an ESPN analyst. He apologized, saying he "never meant to hurt anyone."