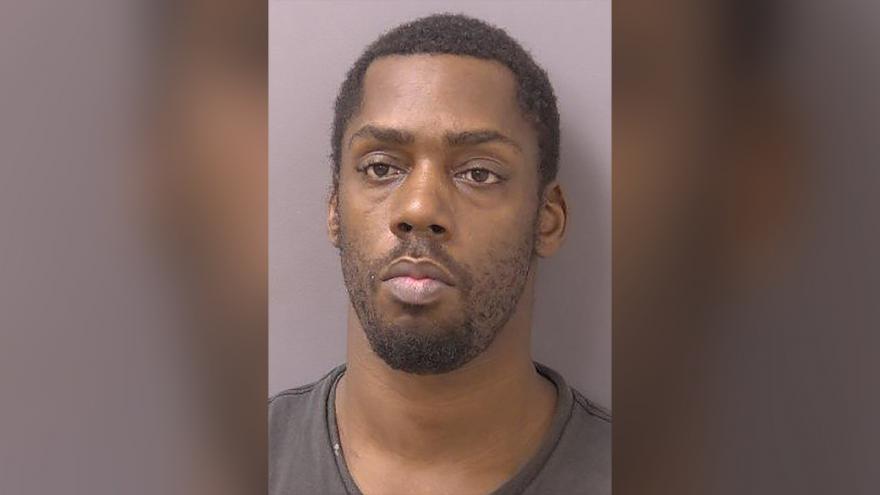 (CNN) -- Authorities in the DC metro area said Friday a 35-year-old man who was charged last month in the killing of two women may be a serial killer and the prime suspect in the deaths of two more women, as a wide-ranging investigation is underway to determine if there are more victims.

Investigators believe Anthony Robinson, who they have dubbed the "shopping cart killer," meets his victims on dating websites and allegedly lures them into motels where he then kills them and transports their bodies in shopping carts, Fairfax County Police Chief Kevin Davis said during a press conference Friday.

"We're in the process of conducting, along with many other partners, a retrospective investigation to figure out where he's been," Davis said. "And we're going to work with our law enforcement partners, homicide detectives, missing person detectives, to see if we can identify any other victims and families and communities that he has brought harm to."

Robinson, 35, was charged with the deaths of two women found a short distance from each other on November 23 in an open lot in Harrisonburg, Virginia, according to Harrisonburg police.

Police identified the victims as Elizabeth Redmon, 54, of Harrisonburg, and Tonita Lorice Smith, 39, of Charlottesville. Police said Robinson was arrested as a result of video surveillance and cell phone records connecting him to Redmon and Smith.

Robinson is being held in a Harrisonburg jail on two counts of first-degree murder in addition to two felony counts of concealing, transporting or altering a dead body, authorities said.

CNN could not reach an attorney for Robinson.

November 30, the Metropolitan Police Department contacted Harrisonburg police after they determined Robinson could be the last person to have contact with Cheyenne Brown, a missing person from Washington, DC, Warner said. Authorities had determined Robinson was communicating with Brown through a dating website right before her disappearance.

Harrisonburg police determined through cell phone records the contact between Robinson and Brown took place "in and around the area" of a motel called the Moon Inn on Richmond Highway in Alexandria, Virginia, Warner said.

December 7, Fairfax County detectives received a call for assistance from the DC police for help locating Brown. Detectives were informed Brown, 29, took the metro from DC to the Huntington Metro stop in Virginia on Sept. 30 and never returned, said Major Ed O'Carroll of Fairfax's Major Crimes and Cyber and Forensics Bureau.

Fairfax detectives and the Metro Transit Police Department executed a search warrant for cellular data they say confirmed Brown and Robinson were at the same location on Sept. 30, the night of her disappearance, O'Carroll said.

On Dec. 15, homicide detectives located a shopping cart in the wooded area surrounding the Moon Inn, O'Carroll said. In a container near the shopping cart, detectives found the human remains of two people, he added.

Authorities "tentatively believe" the remains recovered from the container are Brown's, based upon a "very distinct tattoo" she had on her body, which was identified by her family, O'Carroll said. The identity of the other individual whose remains were also found inside the container is still unknown, but authorities said Robinson is a suspect in that death.

Authorities chose not to wait for a positive DNA test or dental verification to share information about Brown as the potential victim because they believe there may be other victims in the area, Davis said.

"We are working with the Department of Forensic Science, further DNA testing, to positively and scientifically confirm her identity," O'Carroll said.