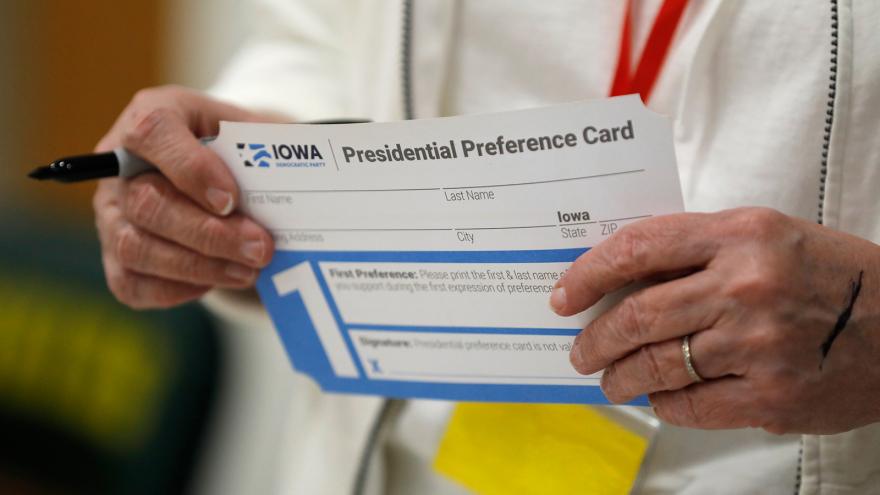 (CNN) -- Democratic National Committee officials have begun to inform top national and state party members that the decision on which states will go first in the party's 2024 nominating process has been delayed until after the midterms, according to a source familiar with the process.

The DNC committee which handles the calendar was slated to vote on the matter this coming week after hearing presentations from 16 states and Puerto Rico, which are interested in being among the first presidential nominating contests in 2024.

The source familiar said the decision to delay the vote was made because of a host of outstanding questions, including how each election would be administered and the feasibility of each primary day.

The source added Democrats want to make sure the focus stays in the midterms and not the 2024 nominating process.

The DNC officials have told the interested parties the committee will take up the vote as soon as they can after the midterms.

A Democratic operative on Sunday provided CNN with the memo distributed to state officials regarding the delay in the DNC's decision.

"After speaking with many of you over the past several weeks about the last few steps of this process, it has become clear that the best way to move forward with the final stage of this process is to postpone the committee's decision on the pre-window rule until after the midterm elections," the memo reads.

It continues: "Following the midterm elections, we will reconvene to update our evaluation of the applicant pool and work towards a final decision to present to the full DNC for a vote, which DNC leadership has assured us they will make happen as soon after the midterm elections as is possible."

Democratic Party officials earlier this year approved a plan which requires any state that wants to hold a nominating contest before the first Tuesday in March -- including the traditional early four of Iowa, New Hampshire, Nevada and South Carolina -- to apply for permission.

At the time of the presentations, the focus was especially on Iowa, which was proposing dramatic changes to its complicated system as it aimed to maintain its "first in the nation" status in the face of criticism of the caucus process and of the state's lack of diversity and competitiveness at the presidential level.

Because the Democratic Party is aiming to have every region of the country represented among the early group of states, and the positions of New Hampshire, Nevada and South Carolina are generally considered to be secure, it's expected there will be fierce competition among other Midwestern states to be the alternative to Iowa.

Minnesota, Michigan and Illinois are jockeying for the spot, but all three bids have potential problems of their own.

During the presentations, Iowa's proposal called for several simplifications to the caucus process.