Elizabeth Smart says she was assaulted on a flight. That inspired her to create a self-defense program 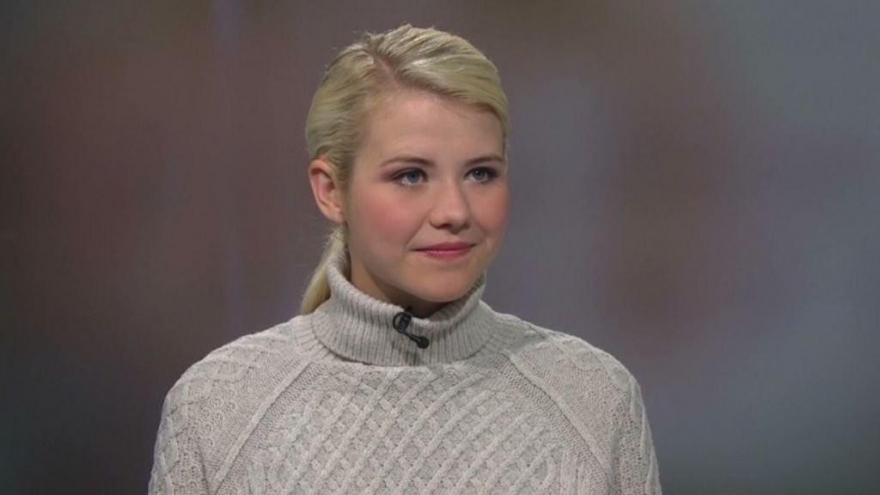 Kidnapping survivor Elizabeth Smart is launching a self-defense initiative after she says she was assaulted on a flight to Utah last summer.

(CNN) -- Kidnapping survivor Elizabeth Smart is launching a self-defense initiative after she says she was assaulted on a flight to Utah last summer.

"I had been asleep and all of a sudden I woke up because I felt someone's hand rubbing in between my legs on my inner thigh," Smart told Gayle King of "CBS This Morning."

Smart was kidnapped from her Salt Lake City home when she was 14 by Brian David Mitchell and Wanda Eileen Barzee in 2002.

During the interview, Smart said she was shocked that a strange man sitting next to her would do something like that.

"The last time somebody touched me without my say so was when I was kidnapped and I froze. I didn't know what to do," Smart said in the interview that aired Thursday.

Smart says she reported the incident to law enforcement and Delta Air Lines.

The airline confirmed that Smart "shared that another passenger had acted inappropriately towards her" and it "does not tolerate passenger misconduct."

"We took the matter seriously and have continued to cooperate with Ms. Smart and the appropriate authorities as the matter is investigated," the airline told CNN.

Sandra Yi Barker, a spokeswoman with the FBI's Salt Lake City office, said that she could not confirm or deny the existence of an investigation. Smart said there's an ongoing investigation into the incident.

Since the incident, Smart has been working to create Smart Defense, a self-defense program for women and girls.

The program, designed by mixed martial arts and law enforcement experts, "empowers women and girls with confidence and self-defense skills to prevent, ward off, and fight back against sexual assault in a safe, controlled environment," according to the Elizabeth Smart Foundation website.

CNN has reached out to the Elizabeth Smart Foundation for comment.

While Smart said she is not sure if taking a self-class would have prevented her from being kidnapped as a teenager, she said it would have given her the confidence to try to run away.

"We are not training assassins, we are trying to train them to give themselves an opportunity to get away," she said.