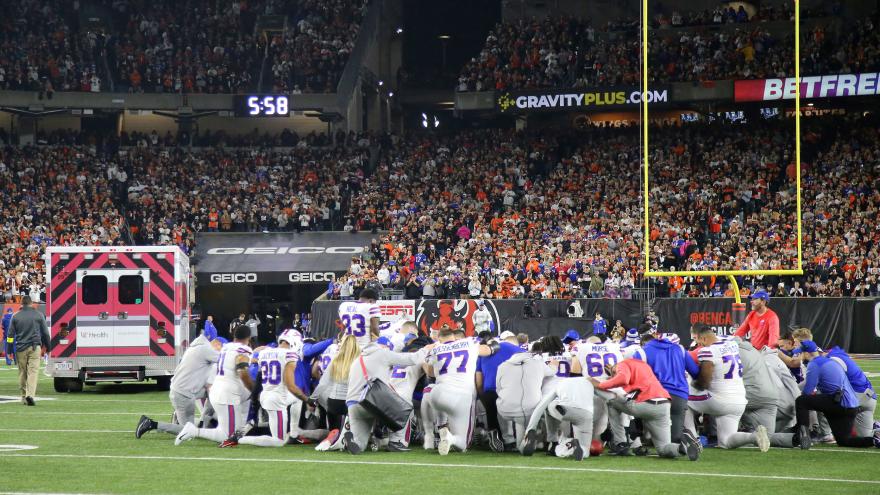 (CNN) -- ESPN is sticking by its reporting that the NFL had initially planned to resume Monday's football game after Buffalo Bills safety Damar Hamlin suffered cardiac arrest and collapsed on the field -- a claim the NFL vehemently denies.

The NFL postponed Monday's game between the Bills and the Cincinnati Bengals following the on-field injury. Although initially criticized that the announcement of the game's postponement took more than an hour, the NFL was ultimately praised for its consequential decision to call off the contest.

But whether the NFL had at any point after Hamlin's devastating injury planned to resume the game remains a subject of dispute and controversy.

ESPN reported during Monday's telecast after Hamlin was taken off the field in an ambulance that the first quarter would resume after both teams were given a five-minute warm-up notice. That never materialized, and the league later said it never considered restarting the game.

"We never, frankly, it never crossed our mind to talk about warming up to resume play," said Troy Vincent, NFL executive vice president of football operations, at a press conference Monday night. "That's ridiculous. It's insensitive. And that's not a place that that we should ever be in."

Vincent said he didn't know where that report would have come from.

But ESPN, in a statement Wednesday, said it is sticking by its reporting.

"There was constant communication in real time between ESPN and league and game officials," the network said in a statement. "As a result of that, we reported what we were told in the moment and immediately updated fans as new information was learned. This was an unprecedented, rapidly evolving circumstance. All night long, we refrained from speculation."

Joe Buck, ESPN's Monday Night Football announcer, told the New York Times in an interview Tuesday that he received reporting from John Parry, ESPN's officiating analyst. Buck said Parry "is in an open line of communication with the league office in New York."

"It is our obligation to give the information we are provided by the NFL. in real time as we get it," Buck told the Times. "That's our job at that time. That's all we can go with."