Exclusive: Uvalde mayor vows senior cop who knew children needed rescuing from Robb Elementary will be gone 'by the end of this week' 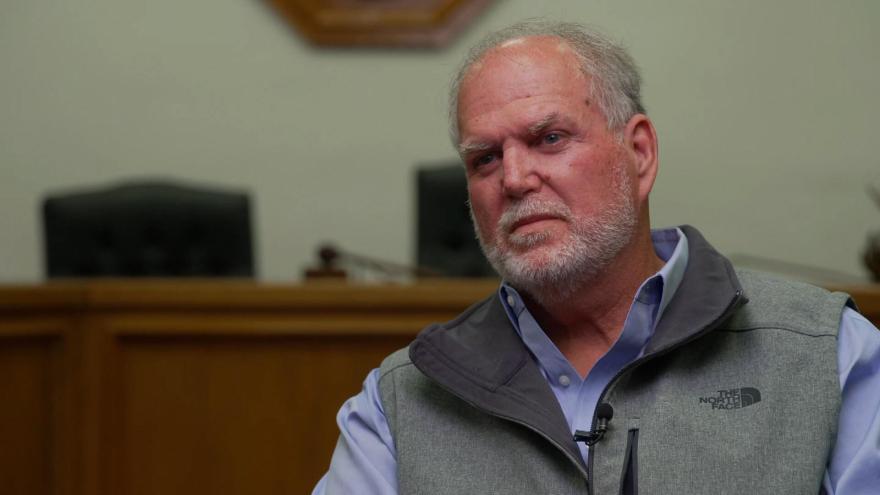 Uvalde Mayor Don McLaughlin told CNN he was frustrated that information was still being withheld from the city, nearly six months after the school massacre.

(CNN) -- Uvalde Mayor Don McLaughlin said he was outraged by the actions of Lt. Mariano Pargas whom a CNN report showed failing to organize help for children he knew were trapped with a gunman.

"Lt. Pargas will not be a member of the Uvalde police department. At the very latest at the end of the week, if not sooner," he told CNN on Tuesday.

Pargas has been on administrative leave since July, two months after a failed law enforcement response to the massacre that killed 19 fourth-graders and two teachers. But CNN's report that Pargas contacted his dispatchers to get the details of a 911 call from a student trapped in a classroom but still did not take command now gives city officials the justification they need to get him off the payroll, McLaughlin said.

He said he was grateful for CNN's reporting but frustrated that information he and city leaders needed to address changes in the police force had been withheld from them while the local district attorney conducts her own investigation ahead of possible criminal charges. In June, Uvalde County District Attorney Christina Mitchell Busbee said she did not want records or videos released while investigations were ongoing. "Any release of records to that incident at this time would interfere with said ongoing investigation and would impede a thorough and complete investigation," she said in a statement.

"As the mayor of this community and I can speak for the county judge across the street, we have not been briefed one time by law enforcement," McLaughlin said.

"I think Mariano would have been gone sooner," he added of what would have happened if he had known what CNN revealed about Pargas who was acting police chief the day of the shooting on May 24 while the police chief was on vacation.

"It just goes to show what we originally put him on leave for -- his failure to act and set up a command situation. And then as acting chief of police, he gets this information and did nothing with it, what I saw."

McLaughlin said attorneys for the city will now see if Pargas, 65, will resign or if further action is needed.

CNN reached out to Pargas for comment after speaking with McLaughlin but has not heard back. On Monday, Pargas said his attorneys had advised him not to speak but he did want to defend his actions.

"It's not that we're afraid because there's nothing to be afraid of. We did what we could, but the thing is that we've been told that we can't (speak publicly)," he said.

If Pargas chooses not to leave willingly, McLaughlin said the police chief and city manager now have justification to take action and another route to termination could come through the city commission.

McLaughlin said "he should be" when asked if Pargas should be fired, but added, "I don't know if it'll be he gets to retire. I don't know if he'll be fired. That will be between his attorney and our attorneys to get that."

'It's time to just come clean'

He complained that he and city leaders had been repeatedly blindsided by CNN's investigative reporting on the law enforcement response, from local officers but also including the actions of officers from the Texas Department of Public Safety.

The lack of information hindered decision making but was also hard for the families of the victims to whom he has promised to get the truth, he said.

And he reiterated his concern that not everyone was being open about the mistakes made that day.

"This smells of a cover-up to no end for me from the DPS's side because there's been no transparency, no forthcoming with honesty and so forth," he said.

"Every time we turn around the story changes or they release a narrative that only shows part of the story ... but it always leaves DPS out. It's frustrating, it's real frustrating."

Col. Steven McCraw, DPS director, rejected McLaughlin's suspicions in September. "First of all, there's no cover-up. And the bottom line is as soon as we can, we'll release everything," he said when CNN tracked him down before a meeting in Brownsville, Texas.

McLaughlin said he stood outside the school that day when it took 77 minutes for officers to stop a gunman after he entered the building and common sense told him that children were inside.

"It's time to just come clean," he said.

"Mistakes were made that day. There's no question about that. Horrible mistakes. But, we've got to come forward and correct it so this same mistake doesn't happen at some other school or some other community that maybe they can learn from what was done here."